Weinberger said that while the number of children requiring such treatment has decreased dramatically over the years and lead poisoning prevention efforts have been successful, the main source of lead exposure for children in the United States is access to lead paint in homes built prior to the 1970s-before legislation limiting the amount of lead allowable in household paint.

In Central New York, more than 75 percent of housing was built prior to lead-safety legislation. “We are not building enough affordable lead-free housing to replace the older housing stock. Although lead paint is an ‘equal opportunity toxin,’ a disproportionate number of cases of lead poisoning occurs in children who live in poverty. Thus, despite all our success, we must continue our efforts at primary prevention,” Weinberger said.

“We offer treatment protocols to allow these children to be treated in their local community hospitals whenever possible,” Weinberger said.

Maureen Butler, coordinator of the center since its inception, says the center works hard to educate families and health care providers about the hazards of lead exposure in young children. “Any amount of lead is toxic and the damage lead causes is irreversible. We have seen progress in reducing the number of children with very elevated blood lead levels, but too many children remain at risk. The housing in our service area is among the oldest in the United States and is the main source of exposure. We must continue our efforts until every child lives in lead safe housing,” she said.

Travis Hobart, MD, MPH, FAAP, Upstate assistant professor of pediatrics and public health and preventive medicine, expressed gratitude for the support. “In the Syracuse area, one in 10 children have elevated lead levels, putting these children at high risk for school and behavior problems in the long run. We have already begun to forge new relationships with community organizations, as outlined by the grant, and we are excited about the broad coalition of stakeholders working to strengthen our prevention efforts in Central New York,” he said.

Established in 1994, the Central/Eastern New York Lead Poisoning Resource Center at Upstate has provided led exposure education, particularly in children younger than six years of age, medical management recommendations for children with seriously elevated blood lead levels, and support of primary prevention activities throughout the 31-county region. The center is part of Upstate and is assisted by Albany Medical Center in outreach efforts in the eastern part of New York state. 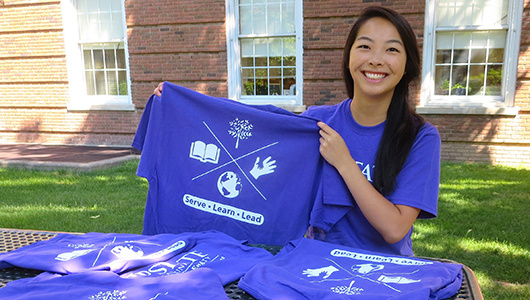 Upstate celebrates the Day of Service and Remembrance Sept. 10

More than 155 students and employees from Upstate Medical University will fan... 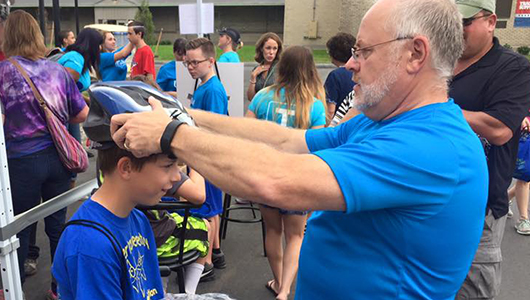 Upstate to give away 800 free bicycle helmets to kids at New York State Fair Sept. 1.

All bicyclists under the age of 14 are required to wear approved bicycle helmets...

We were delighted to host SUNY - The State University of New York...