Hospital staff helps family whose baby had a brain tumor

Enzo Gentile’s first birthday celebration turned out to be something his mother had never imagined. He was hospitalized at the Upstate Golisano Children’s Hospital, recovering from surgery to remove a brain tumor in January 2017.

He’s 5 now, and again he’s recovering from surgery, this time to remove a new tumor attached to his brainstem. He’s back at his Binghamton home, playing with his big brother, Dominic, and their two puppies.

Enzo was an infant, vacationing with his family in January 2017 in North Carolina, when he started vomiting. His mother, Shiloh Gentile — a nurse who takes care of adults with cancer — thought the boy might have picked up a stomach bug. When he kept vomiting, they returned from vacation to see Enzo’s pediatrician. Soon Enzo was transferred by ambulance to Upstate.

Enzo Gentile and his mother, Shiloh Gentile, napping in his room in the pediatric intensive care unit of the Upstate Golisano Children’s Hospital in 2017. (provided photo)

He and his mom arrived late at night. Gentile remembers a sense of relief.

“One of the memories that sticks out to me the most is how the doctor called at midnight. He was like, ‘We will get this figured out.’ I felt like he listened. And he hadn’t even met us yet.”

Enzo had a brain tumor called an anaplastic ependymoma. It’s a fast-growing tumor that is tricky to treat because it can spread wherever cerebrospinal fluid flows, around the brain or spinal cord. He was 11 months old.

In the four years since, Enzo’s treatment odyssey has included his doctors arranging six weeks of proton radiation therapy at the Children’s Hospital of Philadelphia, two brain surgeries at Upstate, another at New York-Presbyterian Hospital, a multitude of imaging scans, plus almost four months of chemotherapy appointments at Upstate.

After the first surgery, the team of specialists caring for Enzo recommended proton radiation, which is only available at a few medical centers in the country.

While the goal is to reduce travel for patients needing care, Comito says, “We will be honest with them. Once in a while if we can’t do everything we think they need, we will know where to send them.”

Comito talked with Gentile about whether Enzo should participate in a clinical trial that was analyzing the benefit of chemotherapy in treating ependymomas in children. Upstate is part of the Children’s Oncology Group — an organization devoted exclusively to pediatric cancer research and supported by the National Cancer Institute — which means patients at Upstate can participate in trials from across the country without leaving Upstate. Gentile enrolled Enzo.

“I think she was glad she picked something that gave him the best chance,” Comito says. “Chemotherapy has been shown to improve survival. It’s not 100 percent. But Enzo did well for three years.”

Comito says his medical visits are strategically spaced out in the hopes of finding any problems before symptoms arise. An imaging scan revealed a new nodule in Enzo’s brainstem late in 2020. Comito recommended Gentile bring her son to a surgeon at New York-Presbyterian with a specific technique for removing intraventricular brain tumors.

Gentile keeps friends and family updated on a Facebook page about Enzo. In May, she posted from New York City that “they were not able to visualize the tumor initially but removed some bone and were able to see it perfectly. The tumor was attached to his brainstem, yet again, so there will be some microscopic pieces left over.”

Comito will continue taking care of Enzo, helping decide whether and what additional therapies might help him.

The first part of Enzo’s treatment was a surgery at Upstate that lasted about 11 hours, two days before he turned 1.Upstate neurosurgeon Satish Krishnamurthy, MD, operated on Enzo’s brain tumor in the early stages of the boy’s treatment.

Enzo’s tumor originated in the fourth ventricle of the brain, which is located within the brainstem. This is the area of the brain that regulates heart rate, breathing, sleeping and more. Surrounding it is the cerebellum, responsible for the body’s motor movements, balance and coordination. As the tumor grew, it filled the ventricle space and then began pressing on nerves.

Upstate neurosurgeon Satish Krishnamurthy, MD, had to remove as much of the tumor as possible without damaging anything around it. He also placed a shunt to drain the accumulation of fluid, a condition called hydrocephalus.

Gentile was impressed with the nurses and doctors who cared for Enzo at Upstate. As her baby recovered from his first surgery, she became familiar with other important members of his care team. “The child life team is incredible,” she says. “They made life absolutely amazing for us.”

Even though his first birthday celebration was not one she had imagined for her son, Gentile says the staff did an outstanding job. “They decorated his room for him and got him presents to unwrap.” 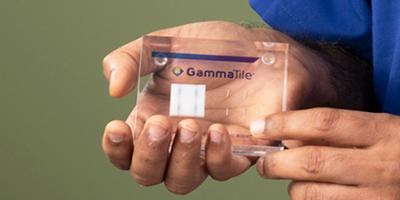 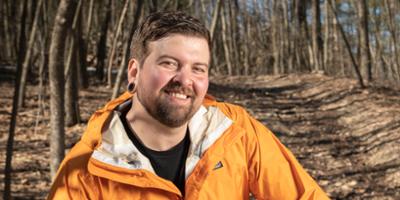 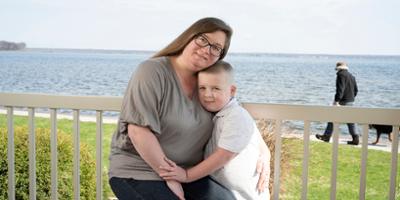 A routine screening detected her cancer early, when it was most treatable 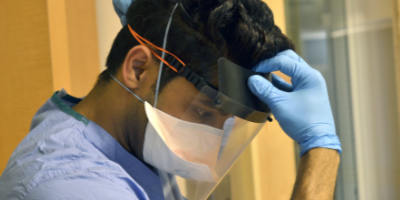 Click the above preview image to see the original, award-winning photo by...