SUNY Potsdam music professor Lonel Woods had a kidney transplant at Upstate University Hospital during the coronavirus pandemic. He is pictured at Upper Onondaga Park in Syracuse. (photo by Emily Kulkus)

Getting a kidney during COVID-19

Lonel Woods was on the kidney transplant list for three years. During that time, Woods had gotten used to, as much as one can, performing self-dialysis treatments five times a day, including once in the middle of the night. Each treatment took about 40 minutes, which accounted for more than three hours of the SUNY Potsdam music professor’s day.

Woods, 52, is suffering from the same kidney disease afflicting his twin brother and the same disease that took his mother’s life at 56. His last several months have been filled with incredible highs and incredible lows. In January, he was minutes from an operation to receive a new kidney when doctors explained that the organ was not an ideal match. On a stretcher outside the operating room, Woods says he cried at the news. Then a few months later, the coronavirus pandemic swept the nation and put all surgeries -- organ transplants included -- he might never receive the kidney he so desperately needed.

Then, at 10:30 p.m. on April 22, Woods received a life-changing phone call from Upstate University Hospital.

A kidney that appeared to be a good match had become available. If he could get to the hospital by 7 a.m. the next morning, it would be his.

Woods hastily packed a bag, made sure his apartment was clean and drove the nearly three hours to Syracuse.

Just before 7 a.m. he arrived at the hospital, where Upstate nurses and staff began prepping him for surgery.

With a potential match arising at the height of the COVID-19 pandemic, Upstate and Woods had to take many extra steps to ensure everyone’s safety. Before even coming to the hospital, he had to answer an extensive questionnaire about his current health and potential exposure to the coronavirus: Was he feeling well, had he been quarantined and had he been exposed to anyone with the virus? Woods’ answers met the criteria, and he headed for Syracuse by himself, as no visitors were allowed during the pandemic.

Nurse Galina Rivera is a certified clinical transplant coordinator at the Upstate Transplant Center. Rivera was on call the night Woods’ kidney became available and was tasked with calling him at his home in Hannawa Falls to make the arrangements. After several unanswered calls to Woods, Rivera feared she might have to call the local police for help tracking him down.

“It was very late at night, and I could not reach him,” Rivera says, noting that luckily, she also had contact information for one of his friends, and with her help, they were able to connect. “I was really happy when I saw his name come up, especially as he missed out on the transplant in January.”

Before being admitted to the hospital, Woods completed a rapid COVID-19 test in the transplant clinic, which came back negative. The donor was also tested before the organ came to Upstate, Rivera says.

An organ’s “cold time” is a measure of time that an organ can be outside the body. After about 24 hours, the function of the kidney begins to decline and risks not being usable. Woods’ new kidney was coming from a deceased 42-year-old in Illinois. It arrived at Upstate via ground transportation at about 7 a.m. on April 23. At about 2:30 p.m. that day -- 16 hours after that first phone call – Woods was wheeled into surgery. The procedure took five hours, during which time Upstate nurses called family members in Chicago and South Carolina to update them on his progress.

“Everyone at the hospital was gracious and kind,” he says.

An additional precaution had to be taken during Woods’ operation because of COVID-19, Rivera says. Traditionally, transplant patients are given a strong immune-suppression medication during the procedure and then several doses afterward to prevent the body from rejecting the new organ.

“Doctors altered it to include a safer option for immune suppression,” Rivera said. “When the immune system is depleted, patients are at risk for getting a virus or bacterial infection and currently the transplant team is increasingly worried about COVID. It would be devastating if someone who received a new transplant were to get COVID and their immune system is not capable of protecting them.”

The Upstate Transplant Center, which specializes in kidney and pancreas transplants, has performed 34 transplants since mid-March, when the pandemic began shuttering institutions and halting many medical procedures. That rate is the same as last year, says social worker Tania Lyons, the transplant quality assurance supervisor.

Woods says he awoke at about 10:30 p.m. that evening and spent several days in intensive care. He was both surprised and thrilled that nurses got him out of bed to sit in a chair and walk around just a day later. When Woods was released from the hospital, he went to Sarah’s Guest House, a Syracuse respite facility where people can stay while loved ones are in the hospital, so he could more easily attend his twice-weekly checkups. He takes about 10 medications a day, including anti-rejection and anti-infection drugs to help his body adjust to the new organ.

“They’ve been saying things are going really, really well, so I’ve been very pleased,” he says. “There have been no issues, and I’m gaining strength all the time.”

Despite recovering from a major operation, Woods continued teaching online classes at Potsdam. He even conducted an online lecture from his hospital bed at Upstate, he said. As co-chair of music performance in the Crane School of Music at Potsdam, Woods is eager to sing again. His resume includes a stint on Broadway in the 1990s. He specializes in opera, oratorio and musical theater.

As part of routine post-transplant care, the Upstate Transplant Center recommends that patients avoid crowds, to limit infectious exposures and prevent them from getting sick, Rivera says, adding that during the pandemic, that’s more important than ever. Woods followed her advice, remaining quarantined at Sarah’s Guest House. He filled his days with teaching online, naps and walks to nearby Upper Onondaga Park in the Strathmore neighborhood of Syracuse. Overall, he says, he feels “wonderful,” and not having to perform the self-dialysis is his favorite part.

“That is the best thing,” he says. “My body is still waking up (in the middle of the night) because I had to do it for so long. But now I do a little work, or I watch something, and then I go right back to sleep. It’s a great pleasure.

“My energy is up. I feel much better, and I feel blessed that this was able to happen.”

This article is from the fall 2020 issue of Upstate Health magazine. 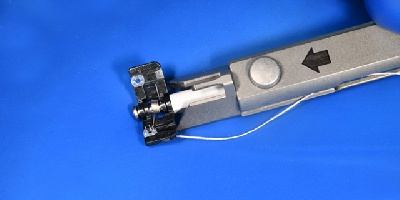 Up Close: A device to connect veins

Microvascular surgery involves transplanting tissue from one part of the body to... 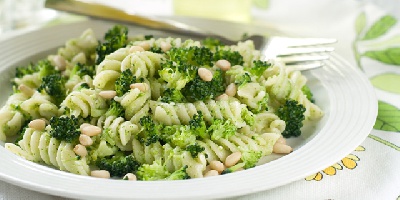 This recipe uses the ingredients found in pesto sauce in a fresh, less muddled... 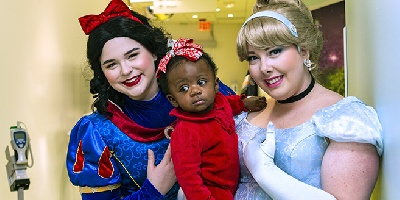 A peek inside the Upstate Golisano Children’s Hospital 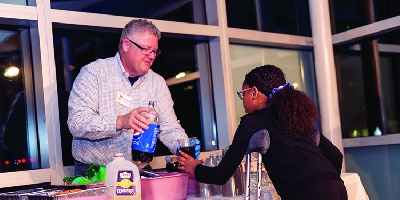