It's not the flu: Coronavirus is deadlier, spreads faster, experts explain

David Larsen, PhD, left, and Brittany Kmush, PhD, are both epidemiologists at Syracuse University and are affiliate faculty members at Upstate as well. They are shown at an interview with Upstate's "HealthLink on Air" in February, a few weeks before social distancing guidelines took effect. (photo by Jim Howe)

The coronavirus appears to be spreading more quickly and infecting more people than influenza does, with a higher percentage of those infected requiring intensive medical care, and with a higher death rate.

As of early April, adults age 35 and older who become sick with COVID-19 had a 1 in 5 probability of ending up in a hospital.

So how did this pandemic begin? (A pandemic, by the way, is the outbreak of a disease over a large geographic area.)

“This is what is called a zoonotic event,” says Larsen. “You have a pathogen (something that causes a disease) that is circulating in an animal system, and it makes a mutation or a leap into a human system. Human-to-human transmission is happening now. All the science suggests that this happened at a seafood market in the city of Wuhan, in the Hubei province of China, in late November, early December.”

(To hear Kmush and Larsen describe the spread of the coronavirus and its implications in a "HealthLink on Air" interview, click here.)

The first case of COVID-19 in the United States was reported Jan. 21 in Washington state. Several of the people who got sick there were tied to a traveler who returned to Seattle from a trip to Wuhan. At the end of February, 70 people became infected from one person who attended a medical conference near Boston. New York’s first confirmed case, on March 1, was in a woman who returned from Iran.

Epidemiologists have a term — R-naught — for the average number of people a sick person is likely to infect. For influenza, it’s about 1.2, says Stephen Thomas, MD, a professor of medicine and microbiology and immunology, and the chief of infectious disease at Upstate. COVID-19 appears to be at least 2 and maybe up to 4. “What that means is, one person could infect two people, and each of those people could then infect two people.”

This helps explain the upward trajectory we see on charts of the rate of infection in various cities.

The time from exposure until a person starts showing symptoms – known as the incubation period – is likely from five to seven days, Kmush says, but self-isolation times have typically been 14 days, to be safe.

Larsen adds that COVID-19 also has a high rate of required intensive care. “About 20 percent of people who get the virus are requiring intensive care, critical care because they can’t breathe.”

This article is from the spring 2020 Upstate Health magazine, a special edition dealing with the coronavirus. 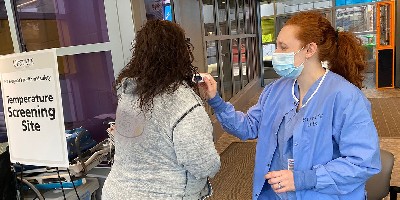 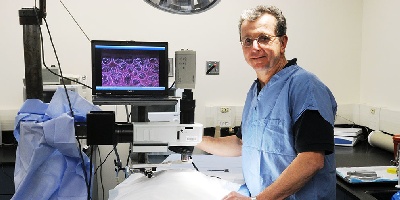 Urgent options: Lung physiologist explores how to help during a ventilator shortage 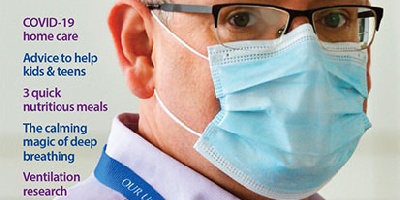 In scary times, humanity brings us together, pulls us through

Recovered from COVID-19? You may be able to help others