It’s a dramatic story of sickness, friendship, sacrifice and the wonders of modern medicine.

A retired firefighter with failing kidneys does not want to live on dialysis, so he goes on the waiting list for a kidney transplant from a deceased donor. But he also asks around to see whether a living person might donate a kidney.

The top candidate turns out to be a fellow firefighter — a longtime friend who was the best man at his wedding.

Since the transplant, performed in January 2019 at Upstate, the recipient has been recovering step by step, regaining his strength and telling the world how grateful he is to his pal, his wife and the transplant team.

His friend is doing fine with one kidney.

The two men, and their transplant surgeon, hope their story can inspire others to donate a kidney and help save a life.

Steve Preston, 62, is retired from the Brighton Fire Department, outside Rochester, and lives nearby in Penfield, where he was also a volunteer firefighter. He had survived esophageal and testicular cancer when he found out in 2012 that his kidneys were declining. By 2017 the organs were failing, and he went on a transplant candidate list in January 2018. As he got sicker, his arms and legs swelled, and he was told he would need either dialysis or a kidney transplant.

“It’s a disease that is so slow in progression that if you were a real macho guy and blew it off, you’d get to the point of almost being dead before you throw in the towel and go see a doctor,” Preston said.

He had seen how difficult a life on dialysis was —  the exhaustion, the frequent trips to a treatment center, the many limitations — and was determined to get a transplant instead.

Carol Preston, his wife of 22 years, is a nurse whose training came in handy as she helped him handle his medications.

The couple publicized his search for a donated kidney through TV and radio interviews, social media, their church and fire departments, and potential donors in the Rochester area underwent screenings to see if they would qualify. The alternative to finding a live donor: Wait his turn for a kidney from a deceased donor.

Carol, who later oversaw his recovery at home, recalled, “He didn’t know how sick he was until he started to get better after the kidney transplant. He didn’t realize how much energy he didn’t have.”

Of all the people screened, the donor who was decided on was Dave Warren, who is seven years younger than Preston. They met in the 1980s when a teenage Warren joined the Brighton Fire Department’s Explorer program, then overseen by Preston. Preston became Warren’s mentor and friend, and Warren became a full-time firefighter; he is now is a lieutenant in the Rochester Fire Department.

Warren recalls the extensive exams he underwent to qualify, agreeing with a nurse who told him it would be the most thorough physical he’d ever have.

“Since the operation, it’s been great. There’s been no change in my physical activity,” said Warren.

(Upstate chaplain donates a kidney to a refugee she didn't know.)

Preston came to Upstate in Syracuse for his transplant because the wait is shorter than in Rochester and because Upstate’s assertive program will work with candidates and organs that other programs might reject. Preston, as a two-time cancer survivor, would not have been accepted in all transplant programs, said Mark Laftavi, MD, professor of surgery and the interim director of the kidney and pancreas transplant program at Upstate.

When a live donor is involved, the operation can be scheduled quickly. The donor and recipient undergo simultaneous operations, and the donor can return fairly quickly to a normal life with just one kidney.

The recipient, however, goes through a more gradual process of recovery, at first avoiding strenuous activity and exposure to germs and crowds, while being sure to drink plenty of fluids and take anti-rejection drugs. The drugs are taken for life but are eventually reduced to a maintenance level.

“The beauty of a kidney transplant is the patient goes back to a normal life,” Laftavi said, and the new kidney should last Preston his whole life.

Although Preston is from the Rochester area, “because of Upstate’s program, our reputation, he came to us. The waiting list is longer in Rochester. We do robotic surgery here at Upstate, a way to perform this surgery that is new in this country and relatively rare.”

Laftavi further noted, referring to cadaver kidneys, that “our waiting time in Upstate New York is the shortest in the entire state. Fifty percent of our patients get transplants within 18 months. We at Upstate are the most aggressive program in the state. We know how to successfully use organs that are otherwise considered high risk for transplant.”

In 2018, Upstate transplanted about 115 organs, mostly kidney and some pancreas.

A nurse (one of many)

Preston, his wife and Warren all said they were impressed with the Upstate transplant team, which includes people who handled everything from explaining the procedures to checking on their condition, adjusting medications and scheduling appointments.

One person Preston singled out for praise was Jayne Vamvakias, one of the nurses who cared for him in Upstate University Hospital both before and after the operation.

“Steve was a special patient. We were able to be right there when he needed us and check on him frequently,” Vamvakias said, speaking of her nursing team. “And we do that for all of our patients. We try to go above and beyond.”

“My favorite part is being that bridge between them getting the organ and feeling better. I’m the middleman. My favorite part is watching the teamwork, feeling special because this is a very special time; they’re getting an organ that can save their life,” she said.

A final thought on giving

Preston saves his biggest praise for his old pal: “From a recipient’s standpoint, the big thing is that Dave is so generous, not just with his kidney but with having donated 15 gallons of blood over the years. That’s a lot of blood to save a lot of lives.”

Preston gives back, too, in a task with a personal meaning for him. He volunteers to deliver stem cells — immature blood cells, such as those found in bone marrow — anywhere they are needed around the country for transplant into patients with certain cancers. He has made more than 100 such transports since retiring from firefighting.

-- Who are the best candidates to donate a kidney?

Generally, people in good physical and mental shape, older than 18 and free from a list of conditions and diseases. The younger the donor, the better, but donors can be as old as 60 or 70. The transplant team will help determine eligibility.

There is no cost to the donor for any transplant-related tests or care; it is covered by the recipient’s insurance, and any travel costs can usually be paid through charitable foundations. Also, if the donor should ever need an organ transplant, he or she would immediately be placed at the top of the waiting list. 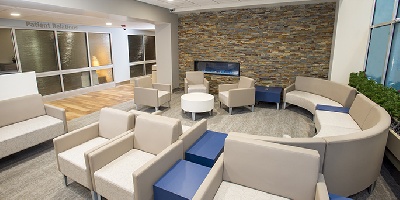 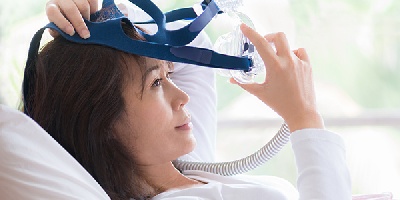 Why you should care about sleep apnea 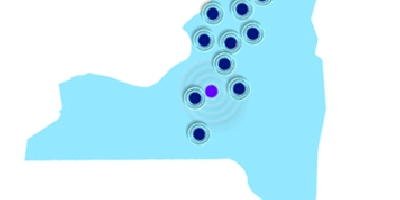 Stroke expertise available in rural areas, thanks to technology