Childhood cancer survivor Dan Kosick of Endicott is shown at Synergy Athletics fitness center, where he trains and works out. (photo by Robert Mescavage)

Dan Kosick leads an active life. The Endicott resident is a social worker at a local middle school, a longtime youth lacrosse coach and a fitness enthusiast who typically swims three days a week, runs three days a week and fits in an obstacle course and strength training, often working out both before and after work.

Concerning his rigorous routine, he says, “I feel it’s a part of who I am.” He might include additional training for events like half-marathons or a climb up a volcano in the Andes, all while keeping an infectiously positive attitude.

He accomplishes this, as well as adaptive skiing and mountain climbing, after having his right leg amputated above the knee at the age 15 due to a rare form of cancer.

Now 42, with a prosthetic leg for everyday use and another for running, he recalls that he often noticed something felt funny in one leg when he was a boy. “I remember falling off my bike and getting a zinging sensation up my leg, like an extra funny bone,” he said.  When he was a young teen, the increasing pain led to tests that found a hard-to-diagnose tumor on a nerve in his right leg.

Called a triton tumor, it appeared benign at first, but a year later it had become increasingly painful and partially cancerous. Doctors at Memorial Sloan Kettering Cancer Center in New York City recommended his leg be amputated above the knee and that he undergo six months of chemotherapy to prevent the cancer from spreading.

He was 15 when his leg was amputated. His chemo was coordinated through Upstate.

“The day I had my amputation, I remember getting wheeled away and thinking, ‘This is it. I’m going to lose my leg,’” he said. At that time, he adds, his chief concerns were whether he would be able to play sports, get a girlfriend and drive a car afterward. He was able to do all three, and his high-school girlfriend is now his wife, with whom he has two daughters.

Getting back in the game

Kosick, who had always enjoyed playing sports, decided he would get back into sports after surgery. His parents supported his efforts and never showed any negativity, he said. “They always said, ‘Go ahead and try.’ As a father now, I can’t imagine going through that.”

Kosick wears the prosthetic at left for running, and the one at right for everyday use.(photo by Robert Mescavage)

“Originally, I went back to swimming, because I knew it was a great way to get back in shape. We had a small swim team, and I knew those guys. But my abilities started to come out, and I realized I had the potential to be an athlete again.”

He had played lacrosse as a goalie before the amputation, which was the best position to return to afterward, since he would not have to run around the field as much. His high school team was ranked at the state level in lacrosse in his senior year. He also took up adaptive skiing at Greek Peak Mountain Resort in Cortland County and planned to make the U.S. Paralympic ski team for the 2002 games in Salt Lake City.

“I did it sooner and competed in 1998 in Nagano, Japan,” he said. He repeated his performance in 2002. The International Paralympic Games, for athletes with a range of disabilities, are held in the Olympic Games venues right after each Olympics.

Last year, he climbed Mount Cotopaxi, a volcano in Ecuador, with a group of 10 amputees in a trek that included crossing a glacier with an ice ax, leaping over crevasses and reaching the nearly 20,000-foot summit in time to watch the sunrise. “It was scarier coming down,” he said, noting the climb included fully abled guides and raised money for the Range of Motion Project, a nonprofit group dedicated to providing artificial limbs and braces for those without access to these devices.

He is featured in one of the dramatic “I Train So I Can” videos for the Merrell footwear company that shows him running, working out and talking about his goals. He has also taken part in more than 25 Tough Mudders and other military-style obstacle-course endurance events.

Dealing with an artificial leg

“With a prosthetic leg, you have to learn to be comfortable with being uncomfortable,” Kosick notes. In his case, this includes having a sore tailbone and chafed skin that toughens over time, from where the artificial leg meets his body.

He takes the leg off for showering, sleeping, swimming and skiing.

He skis with outriggers, a device that looks like a ski pole with a mini-ski at the end.

One of his physical therapists, also an amputee, helped to connect him with a maker of prosthetic legs who specializes in limbs for athletes. So, when he runs, he uses a high-tech prosthetic leg, which is light and has a shock-absorbing design and a bit of a bounce to it. His everyday leg features a microprocessor that runs on a lithium battery and can read the force he is exerting, then adjust itself as needed.

Click here to listen to Kosick talk about surviving childhood cancer, leg amputation and his rigorous athletic routine in a podcast/radio interview with Upstate's "HealthLink on Air." (photo by Jim Howe)

As for his long-ago cancer, he sometimes wonders whether it might come back, or create a new health problem, especially when his annual trip for a survivorship checkup looms, but so far, so good.

He has had various injuries related to his heavy-duty physical activities, including a broken arm and back pain. Some people say to him, “Why don’t you stop?”

“I know I’m healthier, even with all these lingering things,” he replies. “If at my age I don’t use it, I lose it.”

With his exercise routine, positive attitude and inspirational talks to support groups in the Binghamton area, he is often asked whether he feels like a role model to others.

“I hear that a lot, and it’s taken a while to embrace that, but I have, and I like to respond that it motivates me knowing that I’m inspiring to others,” he said.

“A lot of people cut themselves short, and I think if other people were in my shoes, especially at 15, they would continue on and do the things that they love to do and not just quit. But you don’t know it until you’re there. I don’t think I’m superhuman in any way, but it’s nice to hear.”

(Click here to read more about what survivorship means for people who had cancer as children. Click here for a podcast where pediatric cancer specialist Jody Sima, MD, discusses  survivorship with the parent of  cancer survivor. Sima directs the Survivor Wellness Program at Upstate.)

This article appears in the summer 2019 issue of Cancer Care magazine.
Written by Jim Howe
Published on Monday, October 7, 2019 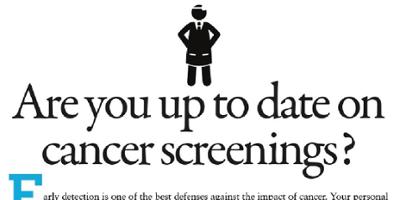 A quick guide for when you need a cancer screening 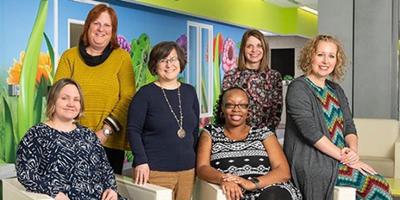 A long-term relationship: Cancer monitoring and checkups go on for a lifetime 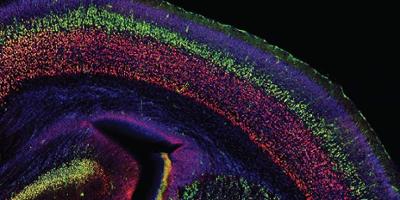 Science Is Art: The cerebral cortex 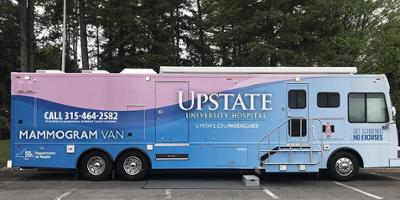