Saravanan Thangamani, PhD, shows test tubes of ticks harvested from other parts of the world, so his research team can compare them to ticks found in Central New York. (photos by Chuck Wainwright)

Saravanan Thangamani, PhD, moved from Galveston, Texas, to Central New York for the ticks. So did five members of his lab, which is devoted to research on tick-borne and mosquito-borne diseases. Recently they collected 115 ticks to study from Green Lakes State Park, near Fayetteville.

“Our lab tries to understand what really happens at the feeding site of the tick,” Thangamani describes. “That is the only time the tick is delivering the germ to a human. If we can decipher what really happens at the time of the virus delivery — at the time of the Lyme disease agent delivery — we can develop novel countermeasures to stop the transmission.”

to hear Thangamani explain tick-borne illnesses, including Lyme disease, as well as disease prevention efforts and his lab's research efforts, in a podcast/radio interview on Upstate's "HealthLink on Air.")

Thangamani is a SUNY Empire Innovation Professor in the department of microbiology and immunology at Upstate, and he leads the Center for Environmental Health and Medicine. He shared some of what he knows about ticks:

Ticks are numerous. Hundreds of species of ticks exist. However, not all ticks carry or transmit disease-causing germs to humans or pets. About 20 to 50 species have medical importance, meaning they carry pathogens that could cause significant human disease or veterinary disease.

Ticks are germy. Multiple pathogens can be transmitted by a single tick, including the bacterium Borrelia, which causes Lyme disease and the Powassan virus that can lead to encephalitis, both of which are carried by the deer tick.

Ticks are patient. Just as people have favorite cuisines, ticks prefer certain mammals on which to feed. If they don’t find a preferred host immediately, they wait. “That’s why the tick life cycle in nature takes about two to three years to complete, from eggs to larvae to nymphs to adults,” Thangamani says.

Thangamani and his team collect ticks by dragging white fabric through fields and woods in Green Lakes State Park.

Ticks are tiny. During their larval stage, some ticks including deer ticks are smaller than poppyseeds. As nymphs (adolescents) ticks grow to maybe twice that size. Adult ticks are bigger and easier to spot. “That’s one reason we don’t often get bitten by adult ticks,” Thangamani says.

“It’s easy to find them on the human body, and we can pick them out.” Some species of ticks are three or four times bigger than the deer tick.

Ticks are transmitters. Mother ticks almost never transmit bacteria to the eggs they lay. But if the mother tick carries a virus, almost 90 percent of the time she will transmit that to her babies. “It depends on what germ we are talking about,” Thangamani says. Ticks that are born free of the bacterium Borrelia may contract it by feeding on white-footed mice. Ticks that carry pathogens can pass them to the humans and pets.

Ticks are slow. Ticks spend from 10 minutes to an hour looking for a place to attach. “It crawls on your skin and tries to find a perfect hiding spot. Then, it actually injects its mouthpart,” Thangamani says. “Deer ticks particularly have longer mouthparts, and they have to stay attached to the human body at least three to five days, so they try to latch on and anchor themselves nicely.”

Ticks are (potentially) dangerous. “The deer tick has to stay attached to a human for at least 24 hours for the bacterium Borrelia to be transmitted. The Powassan virus will be transmitted to the human within the first hour after the bite,” Thangamani describes. “That means when you have a co-infected tick, the virus gets in first, and it primes the feeding site. Then when the Borrelia comes 24 hours later, it makes it easier for the Borrelia to infect and make the clinical outcome worse.”

The public can send ticks -- such as this one, shown with a blade of grass -- for testing at Upstate (details below).

The Center for Environmental Health and Medicine offers free tick testing, to learn the species of the tick and whether it carries any of 10 pathogens. The test is not a diagnostic tool but rather is used for academic research purposes. Learn more at www.thangamani-lab.com

1. Put the tick, dead or alive, in a plastic bag with a piece of moist tissue or grass.

2. Place the bag in an envelope with this information: A. date, B. ZIP code where the tick was found, C. whether the tick came from a human or a pet, and D. an email address for the results. 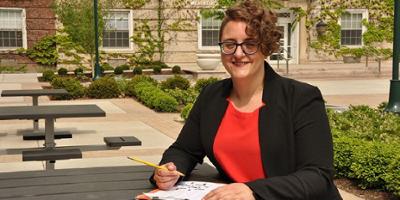 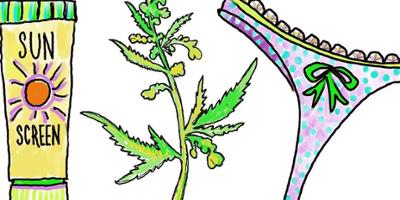 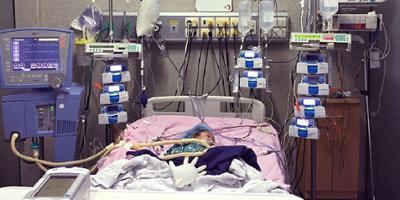