Chief nursing officer Nancy Page says, “I always think about, for myself and my family, where is the best care?” When she was diagnosed with breast cancer, her answer was Upstate. (photo by Susan Kahn)

In her role as chief nursing officer at Upstate University Hospital, Nancy Page is part of the leadership team that reviews major hospital purchases. In 2017, they gave the go-ahead for intraoperative radiation therapy equipment, which would allow a surgeon and a radiation oncologist to simultaneously treat breast cancer.

“When we vetted the equipment, I could see that this would allow a woman with a particular type of breast cancer to have her surgery and radiation all in one day, so she would not be returning for 15 successive treatments,” Page recalls. She could see where offering it at Upstate would boost patient quality of life. “It just seemed like a very wise investment.”

She had no way of knowing that several months later, she would need the treatment. Page, 59, was diagnosed with early-stage breast cancer after a routine mammogram in July 2018.

Page dutifully went for her annual mammogram since she was 40. She had no lumps or drainage. She was not at high risk for breast cancer. Some older relatives had different cancers, but Page did not have what doctors would consider a family history of breast cancer. So when she got a phone call asking her to return for a biopsy, her mind raced.

Her case “really underscores the importance of preventive health care,” she says.

Page’s diagnosis was “ductal carcinoma in situ,” which was cancer in the milk ducts that has not spread. Her nursing background is helpful for understanding medical terms and procedures and making sense of medical journal articles. But it can also provide a lengthy list of worst-case scenarios and things that could go wrong.

After her biopsy, she and her husband prepared for what they knew would be a three- or four-hour appointment at the Upstate Cancer Center. “We were able to talk to the breast surgeon, the radiation oncologist, the medical oncologist, and then we also spoke with a geneticist.

“In one visit we were able to go from one to the other to the other. The entire team had talked about my case before each of them came in, which I thought was really beneficial. They already had discussed the possible approaches.”

Breast cancer team of doctors at Upstate: The doctors who cared for Nancy Page during her breast cancer treatment, from left: Katherine Willer, DO, is the radiologist who performed the biopsy. Lisa Lai, MD, is the breast surgeon. Anna Shapiro, MD, is the radiation oncologist. Abi Siva, MD, is the medical oncologist. Gloria Morris, MD, PhD, is the genetic counselor. “Knowing that my treatment team understood the possible cosmetic effects of surgery was hugely comforting,” Page says.

“What they don’t know about this type of breast cancer is: If they just let it sit, does it just sit?” Page explains. “Does it not grow? Does it not become invasive? Do women not need surgery? Do they need surgery, but do they not need radiation?”

She considered the trial, “but I just couldn’t do it,” she says. “All I could think is, what if I’m the woman whose cancer isn’t going to chill out?”

Having the surgery and radiation in one procedure made the most sense for Page.

The IORT procedure is straightforward.

Page registered early that morning, receiving a name bracelet just like any other patient at the Community Campus of Upstate University Hospital.

A nurse started an intravenous line, and then Page went to Upstate’s Wellspring Breast Care Center, the same place where she had her mammogram several weeks before. A radiologist placed a wire into her breast “to really point the surgeon to where, exactly, that cancerous lesion is.”

Page went to the operating room. Surgeon Lisa Lai, MD, removed the lump. With the tissue gone, she placed a balloon in the empty space, and radiation oncologist Anna Shapiro, MD, administered a targeted dose of radiation. Then the balloon was removed, the surgery was completed, and “I was home by 1 o’clock that day,” she remembers.

Treatment continues for her, in the form of a daily hormone-lowering pill shown to help prevent breast cancer recurrence.

Resist the urge to act immediately.

Prepare questions to ask the doctors.

Get your care where you feel comfortable.

This article appears in the spring 2019 issue of Cancer Care magazine. Click here to hear  Nancy Page tell about her breast cancer experience in this radio/podcast interview with "HealthLink on Air". 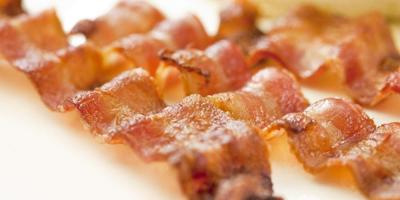 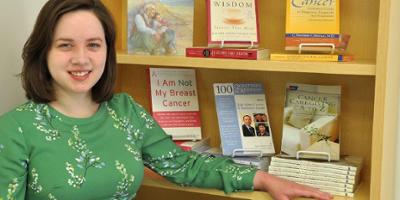 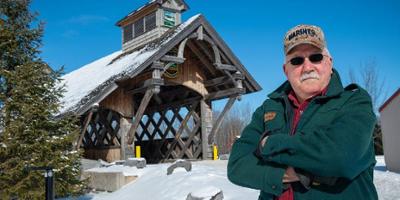