Is this Sarah Loguen, MD, class of 1876? This 3 3/8-inch tintype (an early type of photograph) was published in John Ravage‘s book, “Black Champions” (University of Utah Press, 2002) and is in the collection of the National Museum of African American History and Culture, part of the Smithsonian Institution.

“An unidentified tintype in our collection bears a striking resemblance to Dr. Sarah Loguen,” wrote Emily Houf of the Smithsonian‘s National Museum of African American History and Culture in Washington, D.C.

Could someone from Upstate Medical University help with identification?

Upstate responded to the museum‘s request, providing biographical timeline information on Loguen, digital photographs at various ages (from her family papers at Howard University), a copy of her painted portrait, and the book “Three 19th-Century Doctors” (Hofmann Press, 2007). The photos and portrait can be used for comparison, and all items will be filed at the museum for scholarly use.

Sarah Loguen, MD, was an 1876 graduate of the college of medicine that is now part of Upstate. The university has scholarships and a lecture, street and building named in her honor. Her painted portrait hangs in the Health Sciences Library, and two photographs of her hang in the Sarah Loguen Center at 650 S. Salina St. in Syracuse.

Loguen was one of the nation‘s first African-American female physicians and the first to graduate from a coeducational medical school. After graduation, Loguen practiced medicine in Washington, D.C., and Frederick Douglass hung up her doctor‘s shingle. In 1882, Loguen moved to the Dominican Republic and became the first female doctor in that country. Later in life, she traveled, lived again in Syracuse from 1901 to 1907 and resettled in Washington, resuming her medical practice there.

Can it be determined whether the tintype at right portrays Loguen? Based on clothing, the photo in question appears to have been taken in the 1890s.

Compare the tintype with the two authenticated images of Logan at right: the image on top was taken during high school or medical school, and the image below that was taken in the Dominican Republic in the 1880s or 1890s. The same deep-set eyes, long nose and strong chin appear in all three images.

Could the tintype show someone else? William Pretzer, PhD, of the national museum wrote, “Loguen was one of about 100 black women doctors at the time.” That means 99 other possible subjects. The former owner of the tintype, historian and author John Ravage, PhD, remembers buying it at an antique shop in Wyoming or Texas 25 years ago. In her travels, did Loguen visit the Western United States? Was the photograph taken elsewhere and transported out West sometime in the last 130 years?

As Houf wrote, we may never know for certain who is pictured in this tiny photo made of silver and iron (enlarged, above). But the gloved hand grasping a medical bag, the fine clothes and the determined face look like Upstate‘s trailblazing graduate, Sarah Loguen, MD.

As the painter of her portrait and the author of her biography, the face is the same. I believe it is Dr. Loguen.

Susan Keeter is associate director for creative services at Upstate.

To learn more about Loguen:

-- Read an article by Amber Smith:

-- See Loguen‘s portrait at Upstate‘s Health Sciences Library (once you have gone to the link below, click on the search tool, which looks like a wrench, and type in Logan):

Donate to the Sarah Loguen scholarship for Upstate medical students:

In addition to the tintype at the top of this page, which is likely Sarah Loguen, MD, the National Museum of African American History and Culture has nearly 30 objects from Syracuse and Central New York.

A Syracuse Nationals basketball jersey owned by hall-of-famer Earl Lloyd — the National Basketball Association‘s first African-American player (1950) and assistant coach (1968) and one of the NBA‘s first head coaches (Detroit Pistons) — is in the collection.

There are a number of objects from Auburn‘s Harriet Tubman, the Underground Railroad conductor and Civil War spy. These include books and pamphlets, a lace collar and construction brick, utensils and photos — including the newly discovered image of Tubman as a young woman, which is being considered for use on the currently postponed redesign of the $20 bill.

Other items from Upstate New York include an audio tape of prisoner-poets from the Auburn Correctional Facility, 1848 and 1854 newspapers published by Rochester Abolitionist Frederick Douglass, a ledger from the Women of the Ku Klux Klan of Oswego County and a letter from North Elba Abolitionist John Brown to Douglass.

This article appears in the winter 2019 issue of Upstate Health magazine.
Written by Susan Keeter
Published on Friday, April 12, 2019 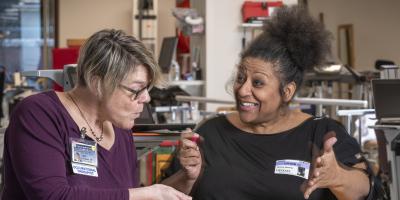 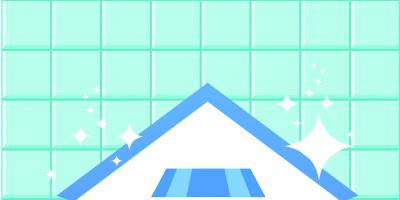 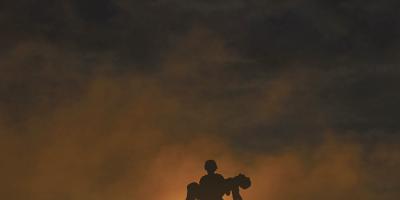