Treatment for canine cancer serves as model for humans

Veterinary oncologists Kelly Hume, left, and Vincent Baldanza examine Sophie, a dog with lymphoma, at the Cornell University Hospital for Animals. Lymphoma in dogs is remarkably similar to lymphoma in humans, and researchers hope that studies of the canine cancer can help humans with the disease. Hume is a Cornell faculty member, and Baldanza, a resident veterinarian at the time, is now a veterinary oncologist in California (photo courtesy of Cornell University Hospital for Animals)

And no, she doesn‘t have a secret lab where she implants cancers into dogs, a question she is often asked.

“There is no colony of dogs with lymphoma. These are people‘s pets that come into the vet school, and we are studying them in a very similar way to the way we study humans,” says Kristy Richards, PhD, MD, an associate professor in the department of biomedical sciences in the Cornell College of Veterinary Medicine in Ithaca and in the hematology/medical oncology division of Weill Cornell Medicine in New York City.

“The ‘comparative oncology‘ strategy is still a bit of a foreign concept to most doctors, but veterinarians learn it from Day One,” she said in a talk at the Upstate Cancer Center, noting the idea of comparing animal and human diseases has been around since the 19th century.

Dogs can get lymphoma (see related story, below), and it is remarkably similar to the human variety, even under the microscope. Chemotherapy is the current standard of treatment for dogs, and Richards and her colleagues are hoping through drug trials to find alternatives to the harshness of chemo and, in the process, find better treatments for humans.

Of special interest is immunotherapy, or using the body‘s immune system to fight cancer. Testing combinations of immunotherapy drugs in humans takes years because the drugs must be tested one at a time and must be proven in people who are not cured with chemotherapy before they can be tried with newly diagnosed patients.

With their lifespans of just 10 to 15 years, however, dogs can yield quicker results than humans, and there are fewer restrictions on combining drugs in trials. Richards hopes her work can help speed up the tremendous cost in time and money that it takes to bring a new drug from the idea stage to the market, which can easily reach 14 years and $2 billion, according to the National Institutes of Health.

“We set out to use the canine model in two ways,” said Richards:

-- “One is to figure out what was molecularly similar and different between the human and canine lymphoma.

-- “The other was to use the canine model in clinical trials to speed up that drug testing process in ways that are faster than human versions.”

She focuses on a subtype of non-Hodgkin lymphoma that is most common in both dogs and people: DLBCL, or diffuse large B-cell lymphoma.

In dogs, this lymphoma has only a 10 percent cure rate after the standard treatment of four-drug chemotherapy and a monoclonal antibody drug. The human cure rate tends to be much higher — around 60 to 70 percent, depending on when the disease is detected and other factors.

Among the drugs to be investigated in these canine trials will be an immunotherapy that was used in 2015 to halt the melanoma, a skin cancer, that had spread to former President Jimmy Carter‘s brain. While the body can find and remove some cancer cells before they take hold, tumors can sometimes hide from this. The treatment used on Carter, called a PD1 inhibitor, blocks cancer‘s ability to hide, but it is only about 20 percent effective. Richards will investigate whether combinations of PD1 inhibitors and other targeted therapies may increase the effectiveness of cancer treatment in dogs.

If your dog has lymphoma, it may be eligible for a clinical drug trial at Cornell University's Hospital for Animals. See below for details.

Richards is also studying lymphoma using lab mice, but implanting cancer cells into an inbred mouse in a sterile laboratory lacks the real-world value of a pet dog whose owner brings it in for treatment. “We have a spontaneous tumor in its natural environment, not implanted or lab style.” The dogs are also readily available for the frequent biopsies the trials need.

Cornell is part of a consortium of several research universities taking part in developing canine drug trials. They hope to study a range of possible treatments, from immunotherapy drugs to natural products such as cranberry extract (to which some lymphoma cells are sensitive), as well as combinations of treatments.

Research trials on pet dogs, as well as cats, around the world include cancers of the brain, breast, lung and prostate, as well as for arthritis and seizures, according to the journal Science.  Researchers hope that drugs proven to work on household pets, rather than lab mice, will provide pharmaceutical companies with a better idea of where to put their resources for developing human cancer drugs.

And while Richards says she hopes to alleviate the dogs‘ suffering, her overarching goal will remain the same: “I am a human oncologist, so my main goal is to study human disease. If the dogs can help, it's a win-win situation for both species.”

-- Lymphoma is a group of cancers that stem from lymphocytes, a type of white blood cell that helps the immune system fight infection. It affects the lymph, or lymphatic, system, which is part of the immune system, the body‘s means of fighting infections and certain diseases.

-- Lymphoma is one of the most common cancers in dogs. It is similar to non-Hodgkin lymphoma in people, with similar chemotherapy treatments for both dogs and people.

-- Dogs get cancer at about the same overall rate as humans, and close to half of dogs older than 10 will develop cancer.

-- Canine lymphoma can affect any body organ but tends to be found in organs that play a role in the immune system, like the lymph nodes, spleen and bone marrow.

-- Chemotherapy, which can be expensive, can slow the cancer‘s progress in dogs but is unlikely to cure it. Remissions are possible, which means periods of time with no signs of the disease before it returns.

-- Chemo rarely causes dogs to lose their hair, and it does not tend to make dogs as sick as it does people. The animals can suffer side effects, though, such as mild vomiting and diarrhea, decreased appetite and activity and increased drinking and urination.

-- Dogs get chemo in much lower doses than humans, to avoid too much suppression of the immune system and vulnerability to infection; you can‘t tell a dog to avoid germs by washing its paws.

If your dog has lymphoma

Owners of a dog with lymphoma can speak to their veterinarian, who should have information on the drug trials being offered by Cornell‘s College of Veterinary Medicine in Ithaca, or call 607-253-3060. Several trials are planned to start within the next several months.

The cost of having a dog treated for lymphoma in a clinical trial at Cornell is usually just for the standard treatment, and Cornell pays for the additional biopsies and blood tests needed for the study.

If the dog is enrolled in a clinical trial, the pet will be seen by the oncology service at Cornell University Hospital for Animals. It will be seen by a board-certified veterinary oncologist, who will tell the owner about the trials available. The trials are often done with pills, which the owners can give the dog at home, so the owners just need to bring their dog back for rechecks every so often.

This article appears in the winter 2019 issue of Cancer Care magazine.
Written by Jim Howe
Published on Wednesday, February 20, 2019 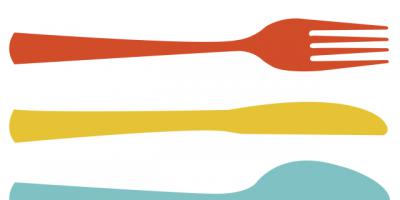 For cancer patients: Advice on eating when you don’t feel hungry 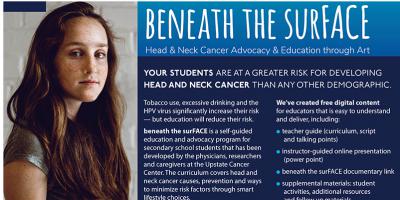 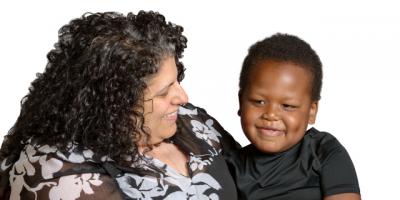 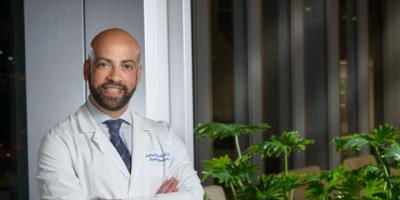