‘A perfect example of why we became doctors’: Survival depended on a medical team, skillful surgery and a patient’s will to live

Pat Graham and his wife, Margery Lipinski-Graham, a year after his life-saving surgeries. (photos by Susan Kahn)

Pat Graham of Lansing wasn‘t feeling well the evening of Aug. 31, 2017. A self-described borderline diabetic, he asked his wife to bring a glucose test kit when she came home from her job at Rite-Aid. By the time she arrived, Graham felt worse.

He was in no pain. He just felt lethargic. Something wasn‘t right. “You better get me an ambulance. I just don‘t know what‘s happening,” he said to her.

Turns out, Graham had an aggressive, life-threatening infection. He remembers being loaded into an ambulance but was unconscious until he was transferred to Upstate University Hospital, where myriad doctors, nurses and technicians worked to save his life.

At age 59, Graham faced a grim decision from his hospital room. The odds were not in his favor. When he arrived at Upstate, a team of doctors diagnosed Fournier‘s gangrene (see explanation below), and it was clear that the bacterial infection ravaged his body. He could go home and prepare for an imminent death. Or, he could submit to a risky operation to remove the infected tissue. “He had only a 10 percent chance of survival,” recalls his wife, Margery Lipinski-Graham. Graham decided he wanted to live.

Within the next 10 hours, Graham would undergo two major operations, the first by Jacob and the second by Gennady Bratslavsky, MD, the chief of urology at Upstate. They removed more than 60 pounds of infected tissue.

During that scary time, one thing stood out to Graham. Bratslavsky asked his wife for her cellphone. Nervous and confused, she handed it over. The surgeon punched in his personal number and handed the phone back, telling Lipinski she should call him — anytime — with any concerns.

Graham spent 20 days in the hospital, many of them in the care of surgeon Lucy Ruangvoravat, MD, and her team in the intensive care unit. Life-threatening infections like the one Graham had frequently have detrimental effects on the heart, lungs, kidneys and other organs, requiring the advanced intensive care for which Upstate is known. Ruangvoravat says many of her patients with severe infections are transferred to Upstate from hospitals in surrounding counties, so they can benefit from the expertise of the ICU team, comprised of doctors from a variety of specialties.

Graham, shown here with his wife, says, “Without Dr. Bratslavsky and Dr. Upadhyaya and the team of people working with them, I wouldn‘t be here today.”

“I think the reason he did so well is because he was so motivated,” Upadhyaya says. “He did exactly what we told him to do. He and his wife were a great team.

“He‘s a perfect example of why we become doctors.”

Graham was within hours of death when he arrived at the hospital. Swift medical intervention, skillful surgery and a will to live pulled him through. For the health care providers involved, says Upadhyaya, “It‘s very gratifying.”

Graham has a scar stretching about three feet, from one hip to the other. “Without Dr. Bratslavsky and Dr. Upadhyaya and the team of people working with them, I wouldn‘t be here today,” he says.

A big part of Graham‘s recovery hinged on improving his overall health. That meant losing substantial weight. Bratslavsky expected Graham would do it. “I could sense that, for him, this had been a life-changing experience.”

Bratslavsky challenged Graham: Could he change the way he ate to improve his health? Could he eat vegetables and healthy proteins and ditch the sodas, the pizzas, the pastas and breads?

“When he told me this, it sounded like it was going to be the end of the world,” Graham admits. “But after a couple weeks, I didn‘t even miss it.” A year later, he‘s dropped 190 pounds.

A bacterial infection that grows from a small cut or pimple in the groin area may develop into a life-threatening condition known as Fournier‘s gangrene. People with diabetes or a compromised immune system are more prone to this type of aggressive infection.

Its progression can be sudden, rapidly causing multiple organ failure and death. Even with swift medical care, antibiotics and surgery, the death rate is high. Fournier is the name of the French doctor who described five cases in clinical lectures in 1883.

This article appears in the fall 2018 issue of Upstate Health magazine.
Published on Tuesday, November 20, 2018 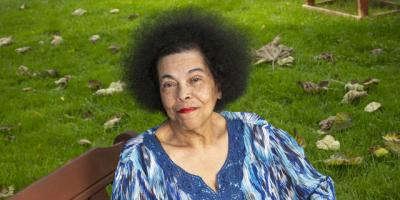 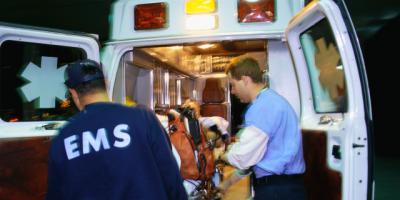 Up close: Cancer cells on the move