What do drug addiction, neurodevelopmental disorders and dementia have in common?

All three disorders have origins in the brain, with causes and potential treatment methods that tend to overlap.

Above and below, nerve cells (from the lab of Wei-dong Yao, PhD)

For instance, they are all caused, at least in part, by a damaged prefrontal cortex, the brain structure that controls our cognition, emotion and memory, and altered neural connections and communications between this and other regions of the brain.

Neuroscientists at Upstate, led by professor Wei-dong Yao, PhD, study the brain and have a variety of collaborative research projects that deal with addiction, psychiatric diseases and dementia.

What they learn about dopamine — a neurotransmitter linked to reward and addiction, and synaptic plasticity — helps in the understanding of schizophrenia and other neuropsychiatric diseases.

And, learning about the synaptic loss that leads to frontotemporal dementia may actually reveal new ways of treating this devastating  early-onset neurodegenerative disease.

Yao is a professor of psychiatry and behavioral sciences, and neuroscience and physiology who came to Upstate in 2014 after 10 years on the faculty at Harvard Medical School.

For more than a decade, Yao has been working on how cocaine impairs the brain by hijacking the dopamine reward circuits. These are the brain‘s cortical and limbic structures where dopamine is made and detected that are associated with our ability to feel pleasure.

“Some people are more vulnerable or susceptible to drugs,” he says, explaining that certain mutations on certain genes influence a person‘s vulnerability. But that only tells part of the story. Yao‘s neuroscience research lab at Upstate is working to tell more.

Using a powerful microscope that allows them to view the junctions between neurons, called synapses, and sophisticated electrophysical recording equipment,

Yao‘s research team explores how neurons communicate in addicted brains — and whether that affects how susceptible a person will be to addiction.

Ultimately, he would like to come up with a way to treat addiction by repairing the synapses and neural circuits in the brains of cocaine addicts.

Abnormal levels of dopamine have been linked to schizophrenia and other psychiatric disorders.

The spines or synapses (circled in white) indicate sites where communication between neurons take place. (from the lab of Wei-dong Yao)

In Yao‘s lab, researchers have provided evidence on how excessive dopamine impairs synaptic plasticity in the prefrontal cortex, which represents a significant step forward in our understanding and potential treatment of schizophrenia and attention deficit hyperactivity disorder, or ADHD. They have also studied the medication clozapine to learn how it may improve cognitive deficits associated with schizophrenia.

In collaboration with colleagues at Mount Sinai School of Medicine, Yao is also studying a group of genetic switches on our DNA, known as epigenetic modifiers, that control synapse and brain development and are linked to schizophrenia, autism and depression.

Yao is looking for a way to help people with a type of dementia that affects the frontal and temporal lobes of the brain.

Synapses change over time. This ability is called plasticity. They can become stronger or weaker or disappear, which impacts neural communication, cognitive function and behavior.

Neuroscientists have learned that symptoms of cognitive impairment and dementia arise with synaptic loss. Keeping neurons active and maintaining existing synaptic connections can help alleviate symptoms, Yao says, adding that exercise, including mental exercise such as meditation, can help preserve brain plasticity and prevent the loss of synapses. Exactly how that is achieved is currently unknown.

Yao‘s team is working on strengthening and stabilizing synapses by tweaking some proteins within the neurons. Eventually, Yao believes, scientists will find a more physiological way to keep neurons healthy and synapses stable. He also hopes to find a way to delay or prevent the death of neurons, through controlling the brain‘s natural electric activity, a project he‘s working on with a colleague at the University of Massachusetts Medical School.

Neurons are nerve cells that, once born, can live for many years and often for a person‘s lifetime. Debate exists over whether the brain has the ability to continue making neurons after a person is born. Some neuroscientists believe neurogenesis takes place into adulthood in the hippocampus, a region of the temporal lobe near the center of the brain, but research published this spring in the journal Nature questions that. Neurons are not like other cells in the body, which are constantly being replaced as they die.

A molecular signaling pathway is a coordinated series of biochemical reactions within a cell that control specific cellular functions, such as cell division or cell death.

Synapses are the “wiring” of the brain, the junctions between neurons where communication takes place. Each neuron starts out with many thousands of synapses. As a person learns, he or she builds more synapses. So yes, there is science behind games that are promoted for brain health.

Plasticity refers to the brain‘s ability to change, physically but also functionally and chemically throughout a person‘s life. If the synapses weaken as a person ages, communication among the neurons diminishes.

Dopamine is a neurotransmitter that facilitates communication among neurons. It is also known as the pleasure molecule of our brain.

Frontotemporal dementia is the second most common form of dementia after Alzheimer‘s disease and results from the progressive degeneration of the frontal and temporal lobes of the brain.

Chemical compounds used to regulate the activity of genes are called epigenetic modifiers. In some instances, modifications remain as cells divide and can be inherited through the generations. Scientists are studying what effect the modifications have on gene function, protein production and human health, according to the Genetics Home Reference from the National Institutes of Health.

This article appears in the summer 2018 issue of Upstate Health  magazine. 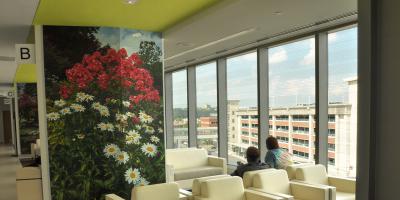 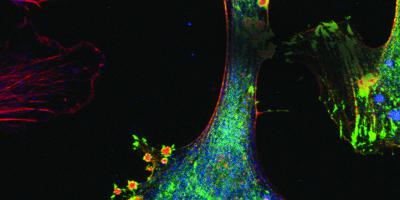 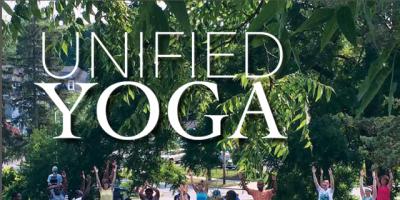 Yoga for all: Physical therapist adapts exercise for those with developmental disabilities 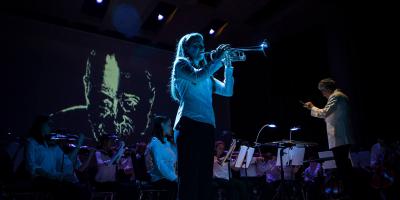