Moustafa Hassan, MD, talks with his patient Peter Corigliano, who has made a profound recovery after being severely injured in an industrial accident. (photo by Susan Kahn)

Peter Corigliano is a living example of what “damage control surgery” can accomplish.

The Rome resident, now 62, was injured in a horrific industrial accident in 2012. He was working at Rome Strip Steel when a giant electromagnet slammed into him. The trauma shredded his abdominal muscles, broke his pelvis, ruptured his iliac artery, severed his colon and urethra, ruptured his prostate and cracked some ribs.

After he arrived by ambulance at Upstate, surgeons worked to stop the bleeding and control the immediate emergency, but they did not do definitive repairs right away.

Among other injuries, the accident caused hernias — where Corigliano‘s organs protruded through the hole in his abdominal muscles. He had skin left, but no longer the underlying, supportive wall of muscle.

Instead of subjecting him to hours in the operating room that day, the surgical team controlled his injuries and sent him to the intensive care unit with a special dressing, like a plastic wrap, covering his wounds. His time in the ICU allowed his body to stabilize before undergoing the added stress of major surgery — which happened fewer than two weeks later.


Aiming for stability as well as repair

While this surgical strategy has become standard practice in academic medical centers today, it was not so as recently as the late 1990s, said the doctor overseeing Corigliano‘s treatment, Moustafa Hassan, MD. He is Upstate‘s chief of acute care surgery and Hernia Program.

“Many years ago, surgeons were very concerned about initial injuries and wanted to repair them right away, even if it was very complex,” Hassan said. This meant a patient who might still be bleeding or otherwise unstable faced several hours in the operating room, putting heavy demands on the body.

“Over the years, we found that doing that and keeping them unstable made them worse, with a worse outcome,” Hassan said. So, for severe cases — such as gunshot wounds, serious car accidents or nonviolent problems like a piece of intestine becoming strangulated as it pokes through a muscle wall — surgeons began opting for damage control.

“It was found that temporary repair is associated with better outcomes and survival,” Hassan said.

After preliminary surgery — which might include a colostomy, stapling or other measures and can be reversed later — the patient is carefully monitored in the ICU.

A definitive operation then takes place usually within one to three weeks, depending on the patient, he said.


A strategy borrowed from the Navy

The trauma surgery strategy known as damage control has a long history in the Navy. Damage control keeps a troubled ship afloat and stable until lasting repairs can be made.

Damage control is practiced in many types of surgery, from the hernia repairs and other abdominal work done by specialists like Hassan to repairs of the heart, bones and blood vessels.

“I‘m doing OK, but my life has changed drastically,” says Corigliano, who is on disability and faces limitations like no heavy lifting, constant nerve pain in his legs, difficulty sitting for extended periods and having to mostly give up the outdoor pastimes of hunting, fishing and motorcycle riding he used to enjoy.

He credits his wife, Carlene, with helping him get through the years of surgeries, rehabilitation and recovery. “I couldn‘t have done it without her,” he says as he recounts the accident and its aftermath.

His wife in turn praises the medical care he received. “If it wasn‘t for Dr. Hassan and his group and all the specialists he ended up seeing, he wouldn‘t be here, so for that we‘re very, very grateful,” she said. “He‘s had to learn to live differently than he did before, and sometimes that‘s harder than the physical component — not being able to do those things he used to enjoy.”

Still, she says, “His recovery has been remarkable, considering what he went through, because of the staff and the quality of care that he received.” 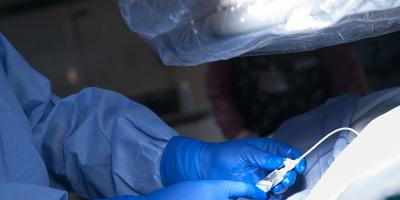 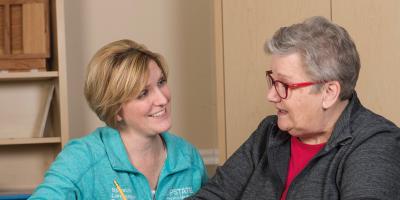 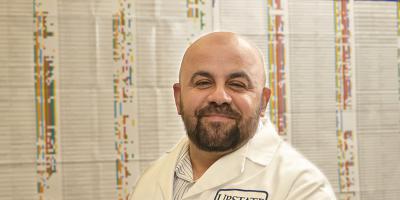 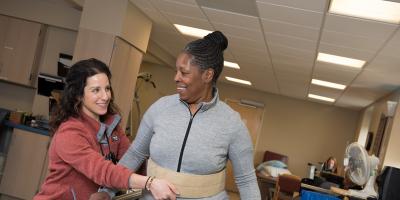