A small box that saves lives: Fayetteville man recovers from infection, thanks to ECMO machine

Marcela and Robert Crain with their daughter, Isabella, 8, in the chapel at Upstate University Hospital on Feb. 14, when he was discharged.(Photo by Elizabeth Doran/Syracuse Media Group)

Robert Crain, 47, awoke on Jan. 8 from a medically induced coma. Slowly he pulled together memories from three months before.

The Fayetteville podiatrist had a nagging cough in early October. When he began feeling short of breath, his wife, Marcela, suggested they go to the emergency department. Crain collapsed before they could leave their home. An ambulance brought him to Upstate University Hospital.

ECMO does for lung function what dialysis does for kidney failure, explains lung surgeon Jason Wallen, MD, the chief of thoracic surgery at Upstate. Wallen also helped care for Crain during his stay.

The ECMO machine, a bit larger than a shoebox, handles oxygen delivery to the patient‘s body, allowing his or her lungs to rest and heal. Cardiovascular surgeons since the 1970s have relied on similar “heart-lung machines” during surgeries that last an hour or two. Today, the use of ECMO has been extended to several days for some patients with various lung injury.

“It‘s used to provide support for either the heart or the lungs, or both if they‘re not functioning properly,” explains Tanski.

Crain underwent a dozen procedures to remove fluid from his lungs. Because his kidneys failed, he also underwent dialysis regularly. During his coma, his muscles basically shut down, including those involved with chewing and swallowing. Intensive speech, physical and occupational therapy are helping him rehabilitate.

The Crains shared their story with Syracuse.com. While Robert Crain doesn‘t remember his time in a coma, Marcela told the news organization, “It was awful. My brain heard them say he wasn‘t doing well and wasn‘t improving, but my heart wouldn‘t accept it. I went to the chapel every day at the hospital and prayed, and my daughter and I prayed every night.”

Crain was hospitalized during Halloween, Thanksgiving and Christmas. He awakened a week after New Year‘s, and he was well enough to go home on Valentine‘s Day.

“I had a huge support system, with my family and friends, and I never gave up,” Crain says. “I always told myself I would recover.”

This article appears in the summer 2018 issue of Upstate Health magazine.
Published on Monday, August 6, 2018 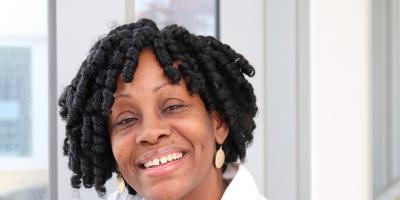 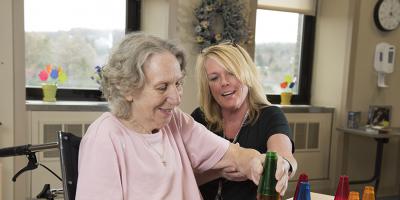 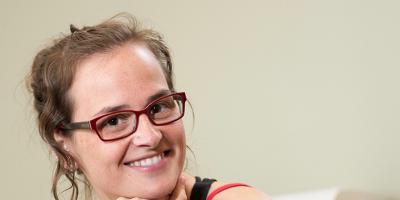 At higher risk for breast cancer, she’s vigilant about self-exams and doctor visits