This image, made with fluorescent probes, shows amplification of HER2, a gene that can play a role in breast cancer. (from the lab of Steven Sperber, PhD)

We are used to differentiating cancers by where they were discovered: breast cancer, lung cancer, colon cancer.

Cancer doctors and scientists today are starting to label cancers based on their genetic makeup — and that‘s only the beginning of a new era in cancer treatment happening in Syracuse.

Already, some Upstate patients take drugs that fight cancer not by killing cancer cells but by allowing their immune systems to put the brakes on cancer‘s growth. Some patients undergo simple blood tests known as liquid biopsies to check for traces of cancer DNA. Some have tissue specimens analyzed by clinical geneticists. Some receive treatment recommendations from cancer doctors who confer with molecular pathologists about which drugs are most likely to work best.

“Upstate provides access to the most advanced testing and therapeutic options,” Robert Corona, DO, told community leaders in a presentation recently. As leader of the medical center‘s pathology department, he is raising the quality of cancer diagnostics for patients in the region to be on par with leading national institutions.

How? Through the recruitment of experts in clinical genetics and molecular diagnostics:

He completed his clinical molecular genetics fellowships at the National Human Genome Research Institute in 2009 and worked in diagnostics testing laboratories and academia before joining Upstate last fall. His doctorate in cellular and molecular medicine is from the University of Ottawa.

“Our big goal is to get a profile of a tumor, whether it‘s a solid tumor, a lymphoma or a blood-related cancer,” Sperber says. The job then becomes finding and interpreting the mutations, particularly those for which clinical therapies are available.

A growing number of medications with companion diagnostics are receiving approval from the Food and Drug Administration. Patients have to be tested before they can receive the drug. The first of these so-called precision treatments was approved in 1998. The drug, Herceptin, treats an aggressive form of breast cancer; its companion diagnostic looks for a particular protein or extra copies of a particular gene in a patient‘s tumor to predict whether Herceptin will be effective.

Then there are the “tissue agnostic” therapies, the first of which — Keytruda — was approved in May 2017. It‘s meant to treat solid tumors bearing a specific genetic marker, regardless of where they arise.

Jeffrey Ross, MD, is a molecular pathologist. He leads the Upstate Cancer Center‘s monthly “molecular tumor board” meetings. That‘s when a team of cancer doctors gathers to discuss treatment options for patients whose DNA has been sequenced. Ross describes the mutations and how they may impact the selection of treatment for each individual. Together, the team comes up with a precision treatment recommendation.

“Instead of the one-size-fits-all approach and the sequential use of drugs based on the performance of the previous regimen, now we want to give each patient a custom-designed treatment that‘s essentially driven by the genomic makeup of their cancer,” explains Ross. He went to medical school at the University of Buffalo and is board certified in anatomic pathology and clinical pathology. He joined Upstate this year.

Most patients whose cases are discussed at the molecular tumor board have advanced cancers that have either spread or been treated and relapsed. Precision treatment —also sometimes called personalized medicine — can prolong their lives.

Ross says pharmaceutical companies are excited about making these drugs because “the patient often transitions from what is an acute and possibly fatal disease into a chronic and survivable disease. The drug becomes a maintenance drug, meaning the patient never goes off treatment but lives months or years or tens of years while still on the drug — which makes that, of course, very financially attractive to drug makers.”

The most direct application of sequencing DNA from cancer cells applies to anti-cancer drugs, but Ross says radiation therapy is sometimes also impacted.

Many of the cancer treatments available today were not even thought of before 2003, when the human genome was sequenced. Doctors and caregivers typically consult laboratory geneticists like Sperber or molecular pathologists like Ross before ordering molecular tests. “The field is changing so fast, and it‘s complicated,” Sperber says, “and different laboratories offer different tests.”

He says it‘s an exciting time to be a scientist.

Researchers are trying to develop ultrasensitive methods of detecting genetic mutations from blood samples long before a patient exhibits signs or symptoms. This could help diagnose cancers like ovarian, lung and pancreatic cancer, which typically are not discovered until they are advanced.

“You could literally see it coming years ahead, or at least months ahead,” Sperber says of the potential for using molecular testing to predict cancers at the earliest stages in the future.

Bioinformatics — the science of collecting and analyzing genetic information or other complex biological data.

Genome — the complete set of genes or genetic material in a cell or organism.

Genomic driver — what it is about a gene that drives the recurrence of a genomic aberration.

Genetic mutation — a permanent alteration in a genomic sequence.

Immunotherapy — treatment that boosts or suppresses the body‘s immune response.

Next generation sequencing — technology that revolutionizes biological sciences, thanks to engineering and computing power, and allows for analysis of a whole genome rather than a single gene.

Pan-cancer — an ongoing project that analyzes what‘s common and what‘s different across a variety of tumor types.

Phenotype — observable characteristics that occur because of the interaction of an individual‘s genotype (or genetic identity) with the environment.

Tissue-agnostic — refers to a drug designed to work on cancers with a specific mutation, rather than cancers that originate in a particular area of the body.

Finding the right drug for the patient

Researchers share their work related to the clinical application of genomic science in The Pharmacogenomics Journal, an international peer-reviewed quarterly publication whose founding editor-in-chief is Julio Licinio, MD, PhD, dean of Upstate‘s College of Medicine.

Licinio, a professor of psychiatry, pharmacology and medicine, has expertise in pharmacogenomics, the science of how a person‘s genetic makeup affects how his or her body responds to drugs.

Looking for a career?

This article appears in the spring 2018 issue of Cancer Care magazine. Click here for a "HealthLink on Air" podcast/radio interview with Jeffrey Ross, MD, on how cancer care is becoming more individualized due to advances in genetics. 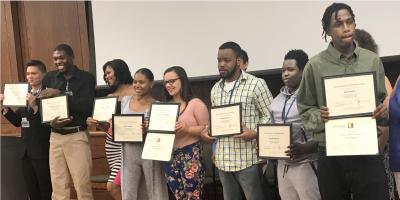 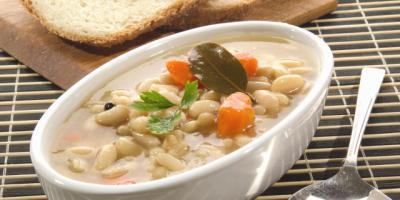 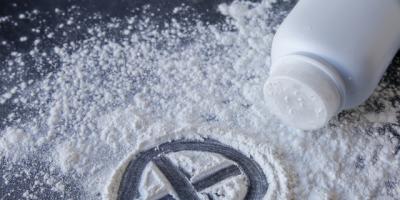 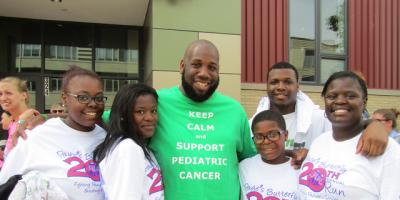 20-plus years of helping kids and their families fight cancer