Both her grandmother and mother had breast cancer, so Jordan Bruna of Skaneateles began breast cancer screening at the age of 30.

She joined Upstate‘s Breast Cancer High Risk Program and followed a schedule of mammograms, ultrasounds, magnetic resonance imaging and clinical exams spaced throughout each year. Bruna‘s breast tissue was dense and fibrous, like that of her matriarchs. When breast imaging revealed anything suspicious, she was sent for a biopsy. She remembers results being normal — the first three times.

Bruna had just turned 40 when her breast cancer was discovered.

Bruna opted for a bilateral mastectomy with reconstruction. “With my family history, along with my own personal history, I knew I wanted to remove as much risk as possible.”

Her husband, Chris, has been her rock. “He literally has done everything for us,” Bruna says. “I could not have recovered the way I did without him.” They‘ve been married 18 years. They have two sons: Joey, 14, and Luke, 11.

Bruna derived comfort from nurse practitioner Tammy Root. “When you‘re so scared, she‘s exactly the type of person that you want in your corner.”

It was Root who spoke with Bruna about the diagnosis on a Friday in June 2017. Then, Monday morning, the Brunas met with breast surgeon Lisa Lai, MD, and Monday afternoon with plastic surgeon Prashant Upadhyaya, MD. They liked the doctors and their surgical plans.  “Dr. Lai and Dr. U. spent a lot of time with us, answering all of our questions and putting our fears to rest. It just clicked. You know how you just have a feeling?”

Bruna‘s surgery was June 28. It included the removal of lymph tissue to test whether the cancer had spread. It had not.

“That‘s the benefit of being screened,” Bruna says. “They caught it so early.”

Lai removed the breast tissue, and then Upadhyaya placed expanders in Bruna‘s chest. The expanders are temporarily filled with air, and then replaced with saline after some healing. Bruna spent one night in the hospital before going home. Upadhyaya performed the second stage of reconstruction surgery in August.

Bruna saw a genetic counselor through the Breast Cancer High Risk Program and discovered that she carries a gene variation that puts her at a higher risk for breast cancer and pancreatic cancer. She now sees a gastroenterologist who monitors her pancreas.

Even though her breasts were removed, Bruna has a low risk that breast cancer could recur. So, she sees Lai every six months.

“I‘m very fortunate that I have a lot of great doctors. Our experience at Upstate throughout all of this has been incredible.”

This article appears in the spring 2018 issue of Cancer Care magazine. 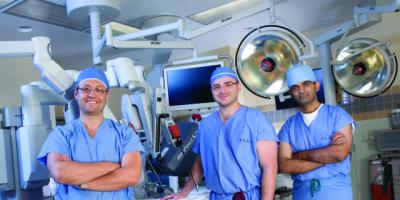 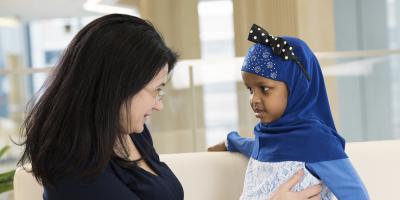 A new home, a difficult diagnosis 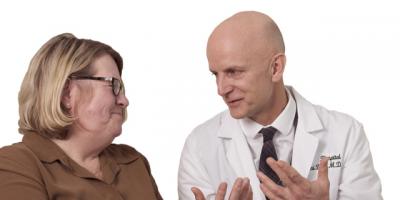 How to make your first appointment at the Upstate Cancer Center