If parents could create a “better” baby, should they?

Would “better” mean a healthier child than the average baby? Cuter? Smarter? Taller?

Should scientists and doctors help parents to genetically customize an embryo that would become that better or “designer” baby?

It is the latest chapter in a debate that stretches back at least as far as the early 20th century, when proponents of eugenics claimed they could improve society by selective breeding and forced sterilization.

Genetic engineering has proved popular in science fiction, from “Brave New World” to “Jurassic Park” and “Gattaca,” noted George Annas, JD, MPH, the William Fairfield Warren Distinguished Professor at Boston University and director of the Center for Health Law, Ethics and Human Rights at the BU School of Public Health, who has written and lectured extensively on health law and bioethics, including “Genomic Messages” co-authored with his longtime geneticist colleague, Sherman Elias.

-- “If we start selecting children based on characteristics, then we will start treating our children more and more like products or pets, rather than as real human beings.”

-- A United Nations declaration against the genetic engineering of humans exists but carries no enforcement mechanism.

-- It‘s almost impossible in the United States today to get a broad societal consensus on anything, let alone how to handle genetic engineering. Scientists would need to mount a tremendous effort to educate a scientifically illiterate public before an informed debate could even start. Getting the world to a consensus would be even harder.

-- Faith in genes as a sort of guarantee to how a child will turn out — he used the term “genism” — downplays the role played by the child‘s upbringing and environment.

The biggest questions about the genetic engineering of humans: Who should decide whether such experiments should be carried out? And, would parents and scientists accept the strong possibility of unintended, even disastrous, results?

“We wouldn‘t know whether genetic engineering is safe until we have followed at least three generations of humans, so it would take 60 to 80 years to know whether it‘s safe,” he said.

This article appears in the spring 2018 issue of Upstate Health magazine.
Written by Jim Howe
Published on Friday, April 27, 2018 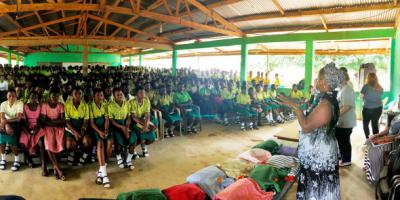 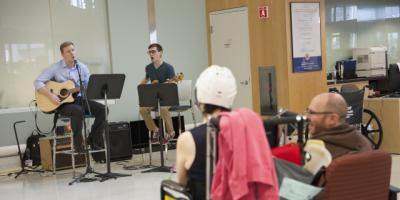 7 ways to care for aging skin

Maybe less harmful – but not harmless: Use of e-cigarettes carries health risks