Eight-year-old Kaelynne Driscoll and her father, Christopher, were riding an inner tube on Skaneateles Lake on July 6, 2016, when a wave knocked them off the tube and under water. They were struck by a boat and injured, Kaelynne severely. Two nearby boaters, Dave Goetzman and Eric Marcinkowski, heard screaming, helped the family pull the two out of the water and used towels and a shirt as tourniquets to slow blood loss from Kaelynne‘s injuries.When the rescuers got the father and daughter to the dock, paramedics were waiting, thanks to the family‘s 911 call.

It would be several days before they would know if Kaelynne had permanent brain damage. Because of brain swelling, Tovar-Spinoza had to remove the left part of Kaelynne‘s skull. Kaelynne was on a breathing machine for a week, so she could begin to heal.  She spent the first two of six weeks at the Upstate Golisano Children‘s Hospital in the pediatric intensive care unit.

During that time, Kaelynne would undergo 10 surgeries, including two neurosurgeries to manage the swelling and bleeding in her injured brain. Four surgeries — amputation of her left leg above the knee, amputation of her left arm at the elbow, and the shaping of limbs for prosthetics — were performed by orthopedic surgeon Kathryn Palomino, MD, and plastic surgeon Jon Loftus, MD.

After four weeks in the hospital, Kaelynne was sitting up and beginning to talk again. Thankfully, cognitive testing showed no brain impairment. She started physical and occupational therapy.

Six weeks after the accident — wearing a helmet to protect her brain — Kaelynne and her family went to Boston‘s Spaulding Rehabilitation Hospital for specialized pediatric amputee rehabilitation. Five weeks later, Kaelynne walked out on her first prosthetic leg and returned home to begin third grade. She started school a few days late because of her rehabilitation, attended for half days and tired easily. She was learning to walk again and still wearing her helmet. Kaelynne was healing.

It was time to replace the part of her skull that had been removed. Tovar-Spinoza designed a 3-dimensional model of the missing portion of Kaelynne‘s skull, had it fabricated in plastic and installed it during a 1¼-hour surgery. Kaelynne was back in the hospital for two weeks, disappointed to have part of her hair shaved again but remaining positive.

Kaelynne was stable for several months, but fluid buildup and swelling in her head became a problem. Trauma to her head was so extensive — Kaelynne‘s jaw had been broken in three places during the accident — that it was difficult to locate the sources of swelling and fluid. She had MRIs and treatments at Upstate.

During the February 2017 school break, Kaelynne had another setback. While vacationing with her father and family in Disney World, she ended up in the emergency room of an Orlando hospital. Pockets of fluid caused the scars on Kaelynne‘s head to burst. When they returned to Syracuse, Tovar-Spinoza met with Kaelynne and her parents, and they made the difficult decision to remove the prosthetic skull, knowing it was likely contaminated when the scars opened. This meant another surgery and another hospitalization. Kaelynne was back to wearing a helmet.

A new piece of skull was fabricated, and plastic surgeon Prashant Upadhyaya, MD, was brought in for a consult. The portion of Kaelynne‘s scalp covering the prosthetic had weakened and shrunk. In November 2017, Tovar-Spinoza and Upadhyaya performed a joint surgery to install the new skull piece and move the scalp so that stronger skin would cover the site.

Throughout her ordeal, Kaelynne has remained the spunky, smart girl who amazes her parents, and her doctors. She‘s at the top of her class at Homer Intermediate School and is an avid reader who loves to write stories and draw.  She has worked with staff at Hanger Clinic in East Syracuse to select the features of her prosthetic leg and arm. Kaelynne is playing soccer, swimming and has a prosthetic arm with movable parts so she can do gymnastics and dance. She‘s designing leggings with sturdy fabrics for girls with prosthetic legs and front-zippered shirts for kids with prosthetic arms. Kaelynne dreams of becoming a fashion designer and an interior designer. She loves to create and has designed and built a nine-room dollhouse, with help from her mother and a family friend.

What do her parents think about the people who have cared for their daughter?  “Beautiful humans who are great professionally,” says her mother. Her father says, “Amazing. She‘s alive today because of them.”

And her doctors believe Kaelynne is a brave young lady who never complained and always has a plan for her future. 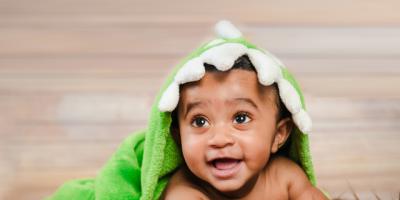 Why your baby needs tummy time 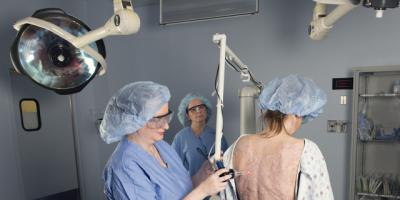 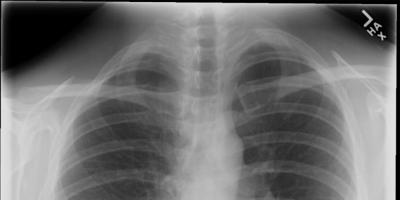