People diagnosed with lung cancer a century ago had few options.

The earliest surgical techniques, in the 1930s, involved cutting open a patient‘s chest and removing an entire lung. While that is sometimes still necessary today, surgeons are more apt to operate through tiny incisions to remove just a lobe, or a piece of a lobe. They may also pair surgery with radiation therapy, or recommend radiation therapy instead of surgery.

Despite progress in diagnosis and treatment, lung cancer remains the most common cause of cancer death in both men and women.

Up to 85 percent of lung cancers are non-small cell lung cancers, which arise from a variety of lung cells. For patients with this diagnosis, optimal care comes from a collaborative multidisciplinary approach that includes thoracic surgeons, medical oncologists, radiation oncologists, pulmonologists and pathologists, according to an overview of lung cancer management written by a radiation oncologist and a thoracic surgeon from Upstate and published in the Journal of Oncology Practice in February 2017.

Multidisciplinary care is offered at most academic medical centers, including the Upstate Cancer Center. It means experts from several medical backgrounds confer together about what‘s best for each patient. In deciding what to recommend, they consider the tumor‘s size and location, its cellular makeup and the patient‘scondition and desires.

This era holds many options.

Radiation oncologist Jeffrey Bogart, MD, and thoracic surgeon Jason Wallen, MD, explain in their article that the standard therapy for patients with an early-stage lung cancer is to remove the affected lobe through minimally invasive surgery.

Minimally invasive surgery is preferred because patients recover more quickly, have their chest tubes removed sooner after surgery and require fewer days of hospitalization. Also, their survival rates four years later are higher than for those who undergo surgery in which their chest is cut open.

Doctors want to determine if survival and the risk of cancer recurrence is the same when they remove just a portion of the lobe, rather than the entire lobe.

Studies underway in the United States and Japan focus on which procedure is best for patients with lung masses that are smaller than 2 centimeters (.78 inches) in diameter.

Additional research since the mid-1990s has compared treatment options for patients who are at high risk for lung surgery — including those who smoke, have other health problems or are older than 60.

Especially for these patients, the best way of treating lung cancer may mean removing just a wedge or a section of a lobe, perhaps combined with or followed by some type of radiation therapy. Or, it may mean undergoing stereotactic radiotherapy instead of surgery.

With so many options to consider, and so much ongoing research, patients with a lung cancer diagnosis get the best care at an academic medical center, as it offers a team approach.

radioactive material is placed inside the body, so that radiation can be delivered to a specific area.

relying on advanced imaging, a thin, needlelike probe goes through the skin and into a tumor near the outer edge of the lung, and then high-energy radio waves heat the tumor to destroy cancer cells.

a technique in which the total radiation dose is divided into multiple small doses that are dispensed over several days to reduce toxic effects on healthy cells.

the surgeon removes the lobe containing the tumor; the right lung has three lobes, and the left has two.

the surgeon removes the tumor without removing excessive amounts of healthy lung tissue in this technically demanding procedure.

the surgeon removes a triangle-shaped slice of tissue containing the tumor and a small amount of healthy tissue around it.

Upstate has the only robotic thoracic surgery program in the region, providing advanced, minimally invasive options.

This article appears in the winter 2018 issue of Cancer Care magazine. 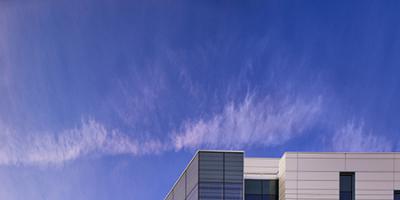 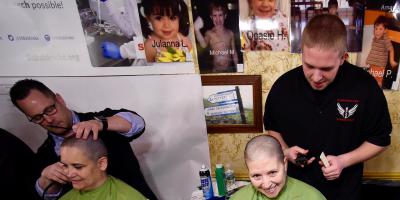 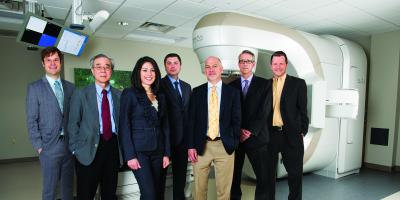