Sketches by Julia Nguyen, a 16-year-old being treated at Upstate for lymphoma.

A new sketchbook was the perfect gift for Julia Nguyen on Sept. 13, the day she was diagnosed with primary mediastinal large B-cell lymphoma.

Nguyen shows the sketchbook she was given by a cousin on the day she was diagnosed with lymphoma. (PHOTO BY SUSAN KEETER)

Over the summer, around her 16th birthday, Nguyen developed swelling in her face and felt a little off. When symptoms persisted, she had several appointments with her pediatrician. After X-rays and imaging scans revealed a large mass in her chest, Nguyen was admitted to the pediatric intensive care unit at the Upstate Golisano Children‘s Hospital.  Pediatric hematologist/oncologist Irene Cherrick, MD, met with the Nguyen family, and additional tests were done that revealed the cancer.

After several days in intensive care, Nguyen was transferred by elevator to Upstate‘s Waters Center for Children‘s Cancer and Blood Disorders to begin her first course of chemotherapy.

During long days of chemotherapy, Nguyen contends with boredom by filling the sketchbook with her original characters, or OCs, as they are called in her artistic circle. She favors drawing with a No. 5 mechanical pencil. It makes nice, thin lines, she explains. Occasionally she adds color with Copic-brand markers or colored pencils.

The big-eyed creatures and tousled-hair beauties that occupy her sketchbook are hers alone, but Nguyen is inspired by the popular Japanese animation style, anime — “Bungou Stray Dogs,” in particular — and characters in role-playing video games such as “Hello, Charlotte.”

Nguyen draws inspiration from the Japanese animation style called anime and is also a fan of the Pokemon characters.

Her mother remembers that she showed artistic talent at a young age, but Nyugen thinks that her fascination with Pokemon inspired her to start drawing in fifth grade.

By eighth grade, she was serious about becoming an artist. Nguyen‘s characters spring from her imagination and develop as she draws them. She keeps a journal in which she writes about the alternate universes that she imagines for the characters, photographs her artwork and posts it all on Instagram.

Currently, Nguyen is home-schooled until she completes her chemotherapy treatments. She looks forward to returning to West Genesee High School, so she can take a drawing and painting class and rejoin the club that publishes “In the Mind‘s Eye,” an arts and literary magazine.

“Julia‘s ability to communicate emotion in a face is unusual for someone her age,” notes Tina Middaugh, magazine adviser and teacher at West Genesee. “She‘s very talented.”

Lymphoma is a cancer that starts in the cells that are part of the body‘s immune system. Primary mediastinal large B-cell lymphoma is a common subtype that occurs mostly in young women. It starts in the middle of the chest behind the breastbone and is fast growing but usually responds well to treatment.

The center serves a 21-county region.  Each year, approximately 65 new oncology patients are diagnosed and treated at Upstate‘s Waters Center.

Nguyen‘s oncologist, Irene Cherrick, MD, is one of eight board-certified pediatric hematology/oncology physicians on staff. Melanie Comito, MD, is the director of the center, which has a 44-member staff.

In 2016, Upstate‘s pediatric cancer and blood disorders patients received care at 6,400 appointments at the Waters‘ outpatient service in the Upstate Cancer Center. The center also offers a survivor wellness program for the long-term follow-up of childhood cancer patients.

This article appears in the winter 2018 issue of Upstate Health magazine.
Written by Susan Keeter
Published on Wednesday, February 28, 2018 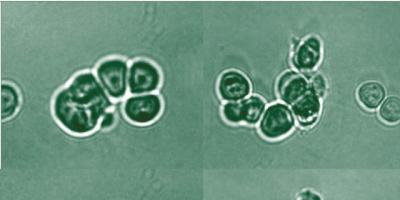 Science Is Art: Prostate cancer cells under the microscope 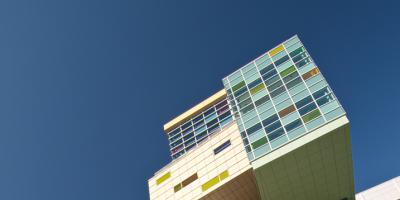 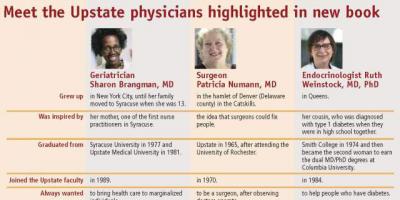 Three trailblazers: A look at some of Upstate's modern medical pioneers 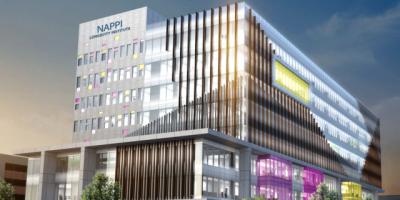