Cancer survivor Alf Jacques, 68, first began making traditional Iroquois wooden lacrosse sticks at the age of 12. He worked alongside his father, Louis Jacques, who understood the design concept but had never actually crafted sticks himself. Through trial and error, the two learned how to make sticks together. (PHOTO BY JOHN BERRY)

Cancer survivor Alf Jacques has a message for people who notice unusual or troubling health symptoms.

The famed maker of traditional wooden lacrosse sticks noticed blood in his urine in June 2016 and quickly had himself checked out at the Onondaga Nation Health Center. Tests revealed he had an aggressive form of kidney cancer.

“Getting to my doctor immediately was the most important thing. If I had ignored it and had more symptoms two months later, it would have spread so far, it may not have been worth surgery,” said Jacques, 68, who grew up on the Onondaga Nation territory, south of Syracuse, and creates sticks in his workshop there.

“That‘s what most people do: They ignore symptoms. It‘s  human nature. They don‘t want to accept something that might be a problem.”

One thing that prompted Jacques to get himself checked was the memory of his grandfather, who ignored an infection that eventually led to his death.

Once Jacques was diagnosed with cancer, Jacques was referred to Upstate urologist Oleg Shapiro, MD, who advised surgery to remove the cancerous kidney as soon as possible.

Shapiro operated in late July 2016, “and pretty much they got everything, which is what you want to do. Fortunately, it hadn‘t spread,” Jacques says, and body scans last year and this summer showed no evidence of cancer.

“That‘s as good as it gets,” he says, and when he thinks about how he did not need either chemotherapy or radiation treatments, he says, “I‘m lucky. I‘m really, really lucky.”

Jacques had clear cell renal cell carcinoma, “which is the most common type of kidney cancer,” says Shapiro, an associate professor at Upstate. “It is also one of the most malignant or deadly ones.”

“He did absolutely the right thing by checking himself out right after noticing blood in the urine. Any delay in this situation can have dire consequences,” Shapiro notes.

“Overall, people need to understand that any unusual symptoms must be evaluated by a physician,” says Shapiro. “If Mr. Jacques did not seek help after his symptoms appeared, he may not be around today.”

Jacques, shown with a lacrosse stick he created, says he considers himself lucky -- to have survived kidney cancer and not to have needed chemotherapy or radiation after his surgery. (PHOTO BY JOHN BERRY)

With robotic assistance, Shapiro performed a radical nephrectomy, removing the entire kidney and the fat surrounding it, using small incisions.

Jacques‘ cancer had not spread, or metastasized, to other areas of his body. Since his surgery, he joined a clinical trial at Upstate to see whether a drug usually used to treat metastatic kidney cancer can help reduce the risk of the cancer returning in high-risk patients.

Other than the blood in his urine, Jacques says he didn‘t notice any specific symptoms that might have pointed to kidney cancer.

He recalls feeling sluggish, but that may have been related to a mild heart attack he had in the spring of 2017 or to being overweight at the time, he said.

The healthy diet he was advised to follow after the heart attack is similar to what he follows as he functions with just one kidney. He has met several people since his kidney surgery who have also lost a kidney to cancer, and no one would ever guess they were functioning with only one kidney, he notes.

Jacques in his workshop on the Onondaga Nation territory, south of Syracuse. (PHOTO BY JOHN BERRY)

-- The kidneys are a pair of organs whose main job is to filter the blood to remove excess water, salt and waste products, which become urine. People can lead a normal life with just one kidney and can survive on dialysis if they lose both.

-- Early kidney cancers don‘t usually cause any signs or symptoms, but more advanced ones might. The signs and symptoms that may signal kidney cancer more often are caused by a benign condition, such as an infection. Still, the American Cancer Society says to see a doctor if you develop: blood in the urine, low back pain on one side (not caused by injury), a lump on the side or lower back, fatigue, loss of appetite, weight loss not caused by dieting, persistent fever and/or anemia, a low red blood cell count.

-- Renal cell carcinoma, or RCC, also known as renal cell cancer or renal cell adenocarcinoma, accounts for about nine out of 10 kidney cancers. Clear cell carcinoma represents about 70 percent of cases of RCC. Its name comes from the pale, almost clear appearance of the cells under a microscope.

This article appears in the fall 2017 issue of Cancer Care magazine.
Written by Jim Howe
Published on Wednesday, December 13, 2017 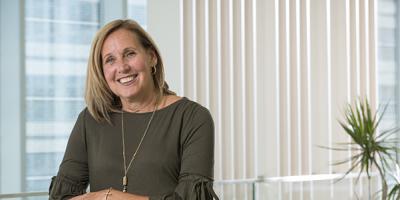 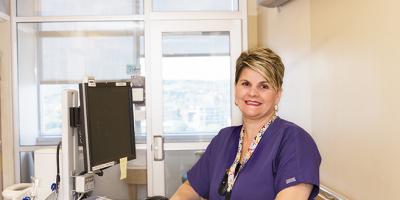 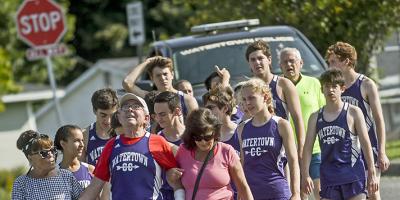 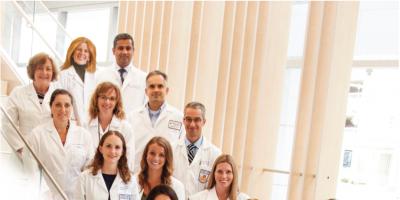