Concern: A red spot on her breast seemed to get brighter in the shower. A friend insisted she see a doctor, who sent her for a mammogram and sonogram on a Thursday.

She returned the next day for a biopsy of an area of concern in one breast.

That Monday she learned she had estrogen positive breast cancer.

“I felt like my Grandma was looking out for me,” she says. “It was almost like someone gave me a sign to get to the doctor.”

History: Breast cancer killed her grandmother. Also, 13 years prior, Malecki underwent a lumpectomy to remove suspicious tissue in one breast.

Later she had reconstructive surgery. Then she had her ovaries removed, since she was at an increased risk for ovarian cancer.

Advice: “If you have dense breast tissue, don‘t go without a sonogram. A 3-dimensional mammogram did not show my cancer, but a sonogram did.”

Concern: A routine mammogram revealed two tumors in one breast and three in the other. Five biopsies helped provide Combs with a diagnosis of an aggressive cancer that has required extensive treatment.

History: There has been some cancer in her family.

Treatment: Combs underwent a double mastectomy in July 2016, after several months of chemotherapy. She has had radiation therapy, and is currently being treated with a third type of chemotherapy,, which she will be on until March 2018.

Combs plans to complete treatment before she considers whether to have reconstruction surgery.

“I look at it like I‘m fortunate,” she says of her young age and healthy heart, which has allowed her to withstand the rigors of treatment. She also credits her surgeon, Scott Albert, MD, with being compassionate and taking the time to explain her treatments. Combs is grateful that her daughter has been with her every step of the way.

Advice: “Talk about it. We owe it to ourselves, our children and grandchildren, and our community to break the silence. It's OK to say ,'I have breast cancer. I am here. I'll get through it.' It gets hard, but have faith."

History: Green‘s grandmother, mother and two aunts had – and survived -- breast cancer. “After I divorced and became a single mom, just kind of looming over my head was the fear of potentially having breast cancer.”

Action: Considering her family history, and her personal history of benign lumps being discovered and removed, Green‘s risk of developing breast cancer was increased. So, she elected to have both breasts surgically removed before cancer could develop.

“It was a super-tough decision, but once I made the decision, I have been so happy…just knowing that I have my three kids, and this is not something I will have to worry about.”

She says before the surgery and reconstruction, her lifetime risk of developing breast cancer was more than 30 percent. Afterward, her risk dropped to below 1 percent.

Treatment: “My doctors did such an amazing job that my scarring is minimal.” Her surgery team included Scott Albert, MD, and Prashant Upadhyaya, MD.

Advice: “Join a support group, or find someone who has been through the experience. Just finding someone to talk to really takes away the scariness.”

This article appears in the spring 2017 issue of Cancer Care magazine.
Published on Monday, July 17, 2017 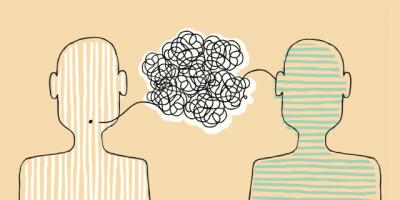 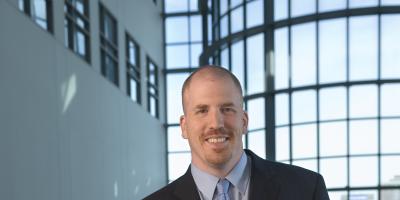