One of the unfortunate side effects of radiation therapy for head and neck cancers can be damage to the soft tissue and bones of the jaw.

No matter how precisely the radiation is directed, small blood vessels and collagen may be damaged. Bone death – called osteoradionecrosis – is less common. For treatment, doctors may recommend surgery plus multiple trips into a pressurized chamber with 100 percent oxygen.

It‘s the same chamber used to treat decompression sickness, carbon monoxide poisoning, arterial gas embolisms and more. The principle is that our lungs can gather more oxygen than normal in a higher-pressure environment. Then our blood cells, rich with oxygen, travel the bloodstream stimulating the release of growth factors and stem cells, which promote healing and help fight infection.

Inside the chamber, patients nap, read or watch a television screen. They breathe pure oxygen. Their bodies begin healing.

“In conjunction with surgery, hyper-oxygenation helps to restore those blood vessels,” says Marvin Heyboer, MD, an associate professor of emergency medicine who serves as medical director of hyperbaric medicine at Upstate.

He explains that someone with a delayed radiation injury to the jaw may have 30 one- to two-hour sessions in the hyperbaric chamber before undergoing surgery to have any dead bone removed. Then he or she will typically have 10 more hyperbaric sessions.

Treatment plans are individualized. So, someone being treated for radiation injury related to cervical cancer or prostate cancer may have more hyperbaric sessions and no surgery. Someone who is treated to help prevent osteoradionecrosis prior to oral surgery may undergo fewer sessions.

Hyperbaric oxygen treatment is painless, but it has risks. The middle ear can be damaged due to increased pressure, and a person‘s eyeballs can temporarily become more oval in shape, consequently turning vision nearsighted. More serious risks, including seizures related to oxygen toxicity, are rare.

Heyboer says patients being treated for osteoradionecrosis report success rates greater than 90 percent. About half of those treated for radiation-injured inflamed bladder or bowel see complete resolution of symptoms, and an additional 30 percent see significant improvement.

He has a study underway at Upstate, looking at the benefit of hyperbaric oxygen on certain radiation effects to the head and neck. To learn about participating, reach assistant Christine Hall at 315-464-7608. For more about hyperbaric medicine at Upstate, call 315-464-4910.

This article appears in the spring 2017 issue of Cancer Care magazine.
Published on Monday, June 12, 2017 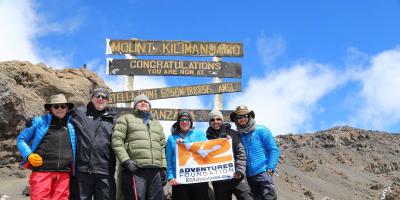 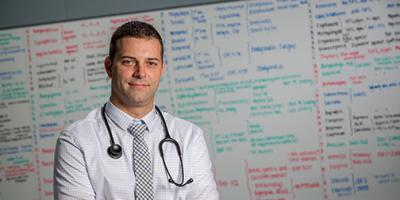