Healthy humility: In caring for patients, doctors better themselves

Some of the most profound pieces of medical education have little to do with medicine. They are lessons that come from the experience of caring for patients. A neurologist, an emergency physician and a pediatrician from Upstate share their stories below.

Paolo recalls an early lesson
in the importance of
treating patients equally.

Nurses and doctors who work at Bellevue are used to caring for a diverse population that often includes wealthy, powerful dignitaries and celebrities.

Paolo‘s mentor during his residency training was Lewis Goldfrank, MD, one of the founding fathers of modern emergency medicine. One day, Goldfrank pulled Paolo aside. He told the young protégé to prepare himself for a special patient. Escorting him toward the patient‘s bed, Goldfrank explained that the patient had a sensitive problem and would require Paolo‘s complete attention and best care.

Goldfrank pulled back the curtain.

Paolo‘s VIP sat on the bed in soiled and smelly clothing. He reeked of alcohol. His head was infested with lice.

Paolo recalls Goldfrank‘s lesson that emergency medicine was an egalitarian specialty — and every patient was a VIP, deserving of the same quality of care.

“We can‘t make it as a society unless everyone makes it,” Goldfrank is known for saying.

If doctors were to discriminate, to overlook the disenfranchised or offer substandard care, Goldfrank warned, “we fall apart as a humanistic group.”

It‘s a foundational belief that Paolo carries with him in his role as an associate professor and residency program director in emergency medicine at Upstate University Hospital.

Listen; patients will tell you the problem

Medicine is so much about storytelling, about the story the patient tells the doctor when the doctor asks some variation of “What seems to be the problem?”

Nelsen stresses the importance
of listening to what a patient is saying,
including when that patient is
too young to speak.

“If you are not listening, you are going to miss what you need to know,” she says, explaining that it‘s a lot more difficult than it sounds. “It‘s almost a meditative experience. You have to quiet your mind.”

She recalls a new mom and dad who brought in their 3-month-old son because he was not gaining weight, a potentially serious complication for an infant. In the exam room, he was whiny and clearly miserable.

Nelsen had the couple start from the beginning with their story.

The whole family had suffered from a terrible stomach bug. Only, everyone else had gotten better, and the baby continued to be cranky. He continued to vomit, didn‘t sleep well and had recently begun refusing his bottle.

It was unusual in such a little kid, but Nelsen suspected the baby was suffering from a severe case of reflux. “This kid had already figure out that when he ate, it hurt.” She prescribed a baby-sized dose of the anti-reflux medicine Zantac and told the parents how to safely raise the head of his crib.

Two weeks later, the couple returned with what appeared to be a new baby. He was happy. He‘d been sleeping better. And he was putting on weight.

In some babies, the lower esophageal sphincter muscle is not fully developed at birth and can cause reflux where stomach acid or bile irritates the lining of the esophagus. The condition can be treated with medication until the sphincter strengthens, usually by the time the baby reaches 6 to 9 months of age — but only if the condition is diagnosed, which only happens if the doctor listens to the patient story.

“That probably took 20 minutes, but it‘s so important to do that,” Nelsen says of the time she spent during the first visit. “If I hadn‘t heard the story from the beginning, I would have missed it.”

With four years of medical school and three years of a neurology residency under his belt, Gene LaTorre, MD, believed he had a pretty good idea of how the brain behaves. Then he did fellowships in neurocritical care, vascular neurology and clinical neurophysiology. During those years, he encountered hundreds of patients who taught him even more about the brain and the practice of medicine.

Today, as medical director of Upstate‘s stroke service, LaTorre easily admits: “The more patients I see, the more I have this healthy doubt that we don‘t exactly know how our bodies are going to work. We have an idea, but we can never be sure.

“A number of patients have given me this humility.”

One, for example, was a man in his 30s who suffered a horrible motorcycle crash. The man broke multiple bones. A severe head injury caused a stroke. His kidneys shut down. And he developed severe pneumonia. He was liable to be paralyzed, unable to speak and dependent on others for the rest of his life, if he recovered at all, LaTorre thought.

The man‘s condition eventually improved enough that he was discharged to a nursing home.

It was the man from the motorcycle crash.

He sat next to his mother in the exam room. He had a request of the neurologist: “I would like you to tell my mom to let me go back to my own apartment.”

LaTorre was shocked. He considers the man‘s recovery a miracle, as well as a lesson.

“Now I have a healthier respect,” he says. “There's definitely something more than medicine  that‘s working here, making this outcome possible.”

This article appears in the spring 2017 issue of Upstate Health magazine. 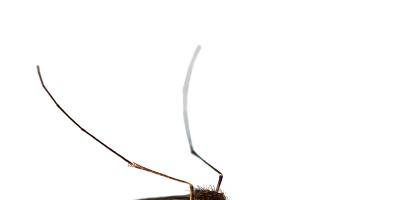 When good drugs have bad effects: Seniors are susceptible to medication interactions

How to stifle a sneeze