Patrick Young wears a necklace in memory of his mother, who died at age 59 from lung cancer. She taught him to hunt. The necklace is made from antlers of the first deer Young shot, plus wooden and brass beads and a Buffalo nickel pendant carved by a master gunsmith. (PHOTO BY ROBERT MESCAVAGE)

Unfortunately, Patrick Young‘s cancer was aggressive, and furtive. It hid itself around the top side of his prostate, in the back, where a biopsy needle would be unlikely to reach.

Fortunately, Patrick Young‘s wife, a research scientist, found an expert urologic oncologist just 90 minutes from their home in rural Chenango County. Young became a patient of Gennady Bratslavsky, MD, who chairs the department of urology at Upstate and who specializes in cancers of the kidney, bladder and prostate.

“My wife and I both love how passionate he is about what he does,” says Young, who grows organic vegetables and raises free range hens in Guilford. He was 54 when he developed trouble keeping an erection.

His primary care provider began monitoring his level of prostate specific antigen, or PSA, an enzyme found in high concentrations in the blood of men who have prostate cancer. PSA levels can also be affected by inflammation or enlargement of the prostate. Young also underwent a biopsy before his wife, Rebecca Armstrong Young, PhD, sought an experienced urologist to take over his care.

When the level rose, Bratslavsky scheduled a magnetic resonance imaging scan and biopsy done with a powerful 3-tesla MRI system that uses technology similar to global positioning navigation to locate hard-to-find cancers of the prostate.

This painting was made by Young's wife about five months after his surgery. She took a photo of him when he came inside after working outdoors all morning. “I remember seeing him and thinking how grateful I was that he was well enough to be active again,” she explains. “To me, he was looking more alive than he had been in almost two years. I wanted to capture that moment.”

Upstate became the first provider in Central New York to offer the Philips UroNav Fusion Biopsy System in October 2013. Since then, about 300 precision-guided fusion biopsies have been done with as many as 25 percent revealing aggressive cancers that otherwise would have been missed. Many of the men found to have less-aggressive cancers were spared unnecessary treatment because the fusion biopsy provided reassurance that they were not harboring more aggressive cancers.

Young‘s images and biopsy were done on Christmas Eve 2015. They revealed cancer had corkscrewed out from the prostate and attached itself to his bladder. Surgery was Young‘s only option, since he has ulcerative colitis. In order to give his body time to heal from the biopsy, surgery was scheduled for Feb. 29.

“I was scared, and I‘m not normally a scared type of person,” Young admits. “Lung cancer killed my mother, and my baby brother had testicular cancer 12 years ago. Thankfully, he has gotten through it.”

Bratslavsky‘s plan was to remove Young‘s prostate, delicately avoiding the nerves around the gland. That‘s not always possible, Young knew, but he was hopeful.

The surgery was a success.

At a follow up appointment, Young kissed Bratslavsky on the cheek. “I love what you‘ve done for Becky and me.”

This article appears in the winter 2017 issue of Cancer Care magazine. 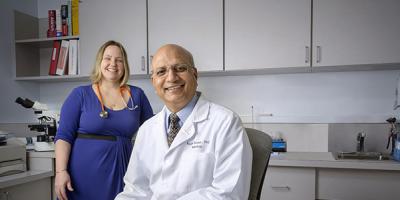 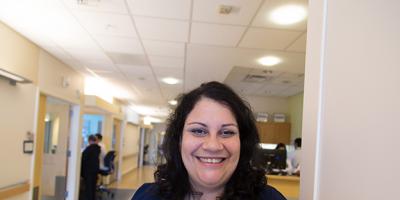 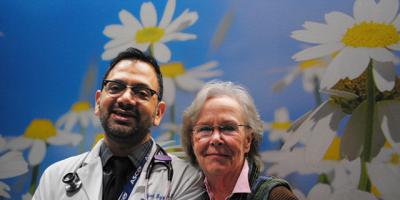