In this scene from his long-running one-man show, "From Cuba to 'Cuse," JoséMiguel Hernández recalls how he ended up in Syracuse in November.

For years, JoséMiguel Hernández would make people laugh and cry with his stories about growing up in Cuba and ending up in Syracuse.

In the program to his show, Hernández tells his audience: "These stories are my gift to you. If you want to cry, cry. If you want to laugh, laugh. But I want to be sure that you leave the theater with part of my essence, my being, my soul.” Above and below are some of the costumes he wears in the production. (PHOTOS BY SUSAN KAHN)

A few years ago, Hernández, 45, a technician in Upstate‘s pediatric emergency department, took a friend‘s advice and turned those tales into a one-man stage show that he performs annually in Syracuse and around the region.

“From Cuba to 'Cuse” tells about a shy Cuban boy who found his voice in the theater, got a nursing degree and immigrated to the United States in 1997.

The show, performed in English, showcases his struggles with the language and his effervescent personality.

“I try to do whatever I can do to be happy about myself. I cannot make somebody happy if I am not happy myself,” he says. His boundless energy is obvious on the job, too, as he tells a co-worker she looks like a movie star, gets a blanket for a patient or recalls a favorite phrase, such as “everything‘s coming up roses.”

One of his show‘s more poignant moments is when he recalls how a stranger once offered him a flower.

“When I end my show, I look into the audience at somebody, and I say, ‘Did I tell you that a stranger gave me a flower?‘ So I have everything I need to be happy.'”

Hernández was given the choice of settling in Miami, somewhere in Texas or Syracuse. He thinks Syracuse was a good choice, partly because both his native city of Santa Clara and Syracuse share a love of the color orange, and both have sports teams that wear that color.

His show portrays one of his ongoing challenges. “English is very hard to me to speak because the pronunciation and the phonetics, and there‘s so many meanings one word, and it gets hard,” he says.

Prior to coming to Upstate, he worked for several years as a physical therapy assistant at Rosewood Heights, a local nursing home that closed in 2014, and became known there as “Mr. Smile.”

He has loved working with both the elderly and children, which ties in with another of his free-time pursuits: directing a children‘s theater troupe, which he started in 1999 through the Spanish Action League. The kids work all year to perform a play in Spanish every October.

That program, La Joven Guardia del Teatro Latino, is free of charge, and Hernández hopes it helps keep underprivileged kids off the streets, build their self-esteem and expose them to music, drama and dance.

Most of the kids in his plays do not grow up speaking Spanish; they learn it for the performance, he notes, and many go on to college and successful careers in various fields.

He draws on his training at a prestigious Cuban theater school and on his desire to be positive about himself and others in both of these stage pursuits.

A phrase he saw on a lottery billboard soon after arriving in town sums up his can-do attitude.

Hernández repeated that phrase when he spoke to his fellow graduates of Syracuse‘s Johnson Center/Adult Education program years ago. He thanked everyone who had helped him and said, “This is just the beginning of what I want to be in this country,” then added the lottery slogan with his own ending: “Hey, you never know … until you try.”

This article appears in the winter 2017 issue of Upstate Health magazine.
Written by Jim Howe
Published on Wednesday, February 8, 2017 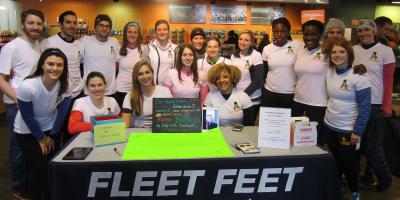 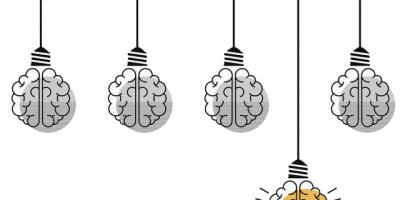