Neggers and classmates organized the run in honor of Alex Paley, a medical school classmate who‘s been diagnosed with glioblastoma, a brain tumor.

Paley and Neggers are two of the 42 medical students who chose to get part of their education at Upstate‘s Binghamton campus.

Just a few weeks before, Paley had an excruciating headache and went to the hospital emergency department in Binghamton to have it checked out. The medical staff noticed a slight paralysis in his face, and ordered a  scan, which showed a  mass in his brain.

After stabilizing the pressure in his brain, Haley was rushed by ambulance to Upstate University Hospital in Syracuse. Lawrence Chin, MD, chief of neurosurgery at Upstate, performed an emergency 8-hour surgery and removed nearly all of Paley‘s tumor.

After the surgery, Paley was moved to a neuro-rehabilitation center close to home. When he left the center, he joked that, “it only took four days in rehab to kick my brain tumor habit.”

The light-hearted comment fits Paley, who‘s known as the class clown, a good friend and the guy who wants to go into family medicine to help those in need.

A sign and photo of Alex Paley was on display at the Feb. 5 run.

“Alex organizes nightly dinners for the med students,” says Neggers, smiling. “We‘re like a family. We rotate who cooks, and his only rule is, make sure there‘s a vegetable.”

Paley is also at the top of his class academically.

“Alex wants everyone in our class to succeed,” says Neggers. “He does everything he can to make sure we‘re going to graduate as a team.”

Gabrielle Ritaccio, a medical student who met Paley at a Fleet Feet store in Albany prior to medical school, describes him: “Alex is an incredible man. The truest friend. An impossibly fast runner with a brilliant mind.”

The day after the “I‘m with Alex” run, the YouCaring website created by Paley‘s classmates showed that more than $65,000 had been raised to help with expenses related to his treatment.

“If the tables were turned,” explained Ritaccio, “Alex would be doing everything he could for us.”

Today, Paley is at home with his family in Albany. He‘s recuperating and preparing for further treatment, which is likely chemotherapy and radiation.

Do I not have the best friends? I'd like to add my personal thanks and admiration to my classmates and friends who stood by my side. They cooked for me and my family and made me laugh when I needed company.

Also I'd like to express my eternal appreciation to the Upstate administration and faculty who were there for my family and me from day zero.  Julie White visited me every day and made sure my sisters and mother had a place to stay. Dr. Mantosh Dewan, Dr. Anthony Weiss and President Laraque-Arena were amazingly supportive of me and my family. They met with my parents while I was in surgery and told them they would do everything they could to help. Dr. Kaushul Nanavati visited with me multiple times to encourage me and keep me positive. 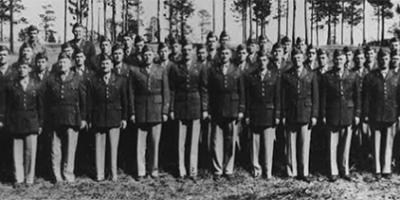