Personal plan: Her team crafted the best way to fight her pancreatic cancer

A tumor quietly growing in Gail Brehm‘s pancreas invaded her stomach and surrounding soft tissues. Eventually the mass began pressing on a nerve.

Brehm, 63, a retired postal worker in Auburn, felt that pain in her lower left side. She thought she had pulled a muscle.

When the pain didn‘t get better, her family doctor told her she might have a kidney stone and scheduled an imaging scan. Before she went for that appointment, Brehm says the pain became unbearable. She went to Upstate University Hospital‘s emergency department in late October 2015.

“I‘ll never forget it. The doctor came back in the room and said she had very unexpected results,” Brehm recalls. The scan had revealed a large tumor that appeared to be malignant.

Brehm had already survived breast cancer. Treated in 2011, she was found to have inherited a gene mutation linked to breast cancer. It was likely the new tumor was related. She was afraid.

Ajay Jain, MD, associate chief of liver and pancreatic surgery at Upstate, met with Brehm. Her biopsy revealed cancer, and he wanted to operate.

Her imaging scan, however, suggested that the tumor was very large and invading her stomach and blood vessels that feed other organs.

He decided to present her case to a team of doctors, nurses and technicians at Upstate who specialize in cancers of the liver, gallbladder and pancreas. At this weekly meeting, every cancer patient‘s case is reviewed individually to come up with a personalized treatment plan. What works for one person may not be the recommended treatment for another.

Given the extensive spread of Brehm‘s cancer, her team agreed surgery would be feasible only if the tumor could first be reduced.

“The goal of surgery is to cut it out and not leave cancer behind,” Jain explains. Chemotherapy, radiation therapy or a combination are sometimes key parts of the strategy. Another key aspect for patients at the Upstate Cancer Center is a nurse navigator.

Nurse Holly Briere summarizes how she serves patients with cancers of the liver, pancreas or gallbladder: “I‘m somebody they can always count on.” She helps schedule medical appointments, answer questions and field requests for any sort of assistance.

“After that very first chemotherapy treatment, the pain started to go away,” Brehm recalls. “I knew that tumor was shrinking. I just knew it.”

But not enough for surgery.

While Brehm was hospitalized over the Christmas holiday, Jain and his senior partner, Dilip Kittur, MD, chief of liver and pancreatic surgery at Upstate, stopped in to see her and consult on her care.

They reviewed new imaging scans. Jain had to disappoint Brehm. “You‘re still not ready,” he told her. “The purpose of surgery is to get it all out. If I operate and leave it behind, it‘s not going to help.”

Jain ultimately performed surgery in April, six months after Brehm‘s diagnosis. He removed the back half of her pancreas, some of her stomach and soft tissue adjacent to the aorta and other major blood vessels supplying the rest of the bowel.

The pathology report showed no evidence of active disease, no cancer cells along the borders, or margins, of where the surgeon cut. “That does not mean there‘s no risk of the cancer coming back,” Jain explains. “It means she had a very good response to her treatment. Given that she has no tumor at the margins, she has the best chance she could have of reducing her risk of recurrence.”

Brehm remembers the news she received after her surgery. “They told me the results couldn‘t have been better. The tumor was big, and the fact that it hadn‘t spread to my liver was just a miracle.”

Now the team recommends that Brehm follow up with imaging scans every three months for the next couple of years. She‘s also taking a different type of chemotherapy, which Naqvi says has been shown to extend survival. Radiation may be recommended afterward.

Brehm is grateful for how well things turned out.

She had such a good outcome because of the coordination of the care she received, Jain says. Pancreatic cancer is aggressive. While chemotherapy or radiation alone may have extended Brehm‘s life, they would not have offered the possibility of cure.

With the carefully orchestrated care plan Brehm‘s team crafted for her – measured chemotherapy and precision radiation followed by exacting surgery -- she received the best possible chance of remaining cancer free.

Hospital gets recognition for pancreas treatment

Upstate this fall became one of four institutions in New York and the only one outside of New York City to be designated as a National Pancreas Foundation Center for the treatment and care of patients with pancreatic cancer.

The designation, which highlights Upstate‘s multidisciplinary treatment of pancreatic cancer and the array of treatment options available, required an extensive audit. To gain the designation, an institution must have expert physician specialists in oncology, gastroenterology, pancreas surgery, clinical trials, palliative care and interventional radiology, plus patient programs including pain management services and psychosocial support.

Upstate last March earned the designation of an NPF Center for Care and Treatment of Pancreas Disease.

This article appears in the fall 2016 issue of Cancer Care magazine. Hear Jain talk about surgical techniques to fight cancer and other diseases of the pancreas, gallbladder and liver in a radio interview/podcast. Hear a separate  radio interview/podcast with interventional gastroenterologist Nuri Ozden, MD, and Jane Cross, chair of the New York State Chapter of the National Pancreas Foundation, about pancreatic functions and diseases and Upstate's recognition for its multidisciplinary treatment of pancreatic diseases.
Published on Monday, December 12, 2016 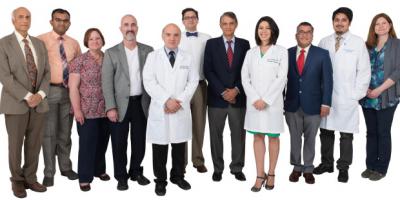 Navigating through a cancer diagnosis 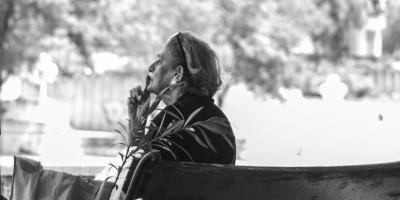 How much do existing medical problems impact lung cancer?

Where cancer patients can find advice for eating right