“Everything will be OK. I‘ll be in a better place. I love you.”

Amina Gingold‘s mother spoke these words to her while dying of colon cancer.

Gingold paid tribute to her mother by embellishing these phrases with paint and flowers as a way to transform suffering into beauty.

Gingold and six other Manlius Pebble Hill School students in the advanced studio art class created art out of radiation masks used to treat head and neck cancer as part of Beneath the SurFACE, a project organized by the Upstate Cancer Center. Eight schools and 25 professional artists from Central New York participated in the project, which also educated the artists about these cancers.

“I wanted it to be something meaningful for the cause,” said Gingold, who graduated last June. “I thought I would make an ode to her.”

Gingold painted her mask white with tears flowing from its closed eyes. Clustered in the blue are vibrant flowers, representing beauty growing out of pain.

Creating beautiful art from unimaginable ordeals was no simple task, however. Teresa Henderson, chair of the visual art and design department and class instructor, described the difficulty of doing justice to a cancer patient‘s experiences through the masks.

“Because it‘s such a big topic and it‘s such a real topic,” Henderson said, “the topic has to be treated with a level of respect, but it also needs to have the balance of the artistic voice as well.”

Six MPH masks, including Gingold‘s, were auctioned off at the Upstate Cancer Center in April. The auction raised more than $6,000 for the center‘s head and neck cancer patient fund. Upstate also produced a documentary about the project designed to serve as an educational tool for cancer prevention. MPH students were interviewed for the film.

This story by Lily Grenis, a student at MPH, first appeared in her school publication, the Pebble, and was reprinted in the fall 2016 issue of Cancer Care magazine.

Where cancer patients can find advice for eating right 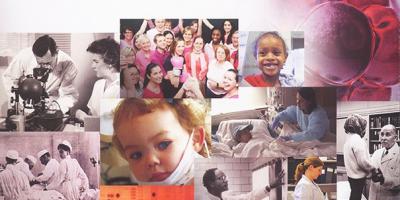 Upstate med student had a hand in PBS cancer documentary