Upstate med student had a hand in PBS cancer documentary

Images from the documentary "Cancer: the Emperor of All Maladies."

When Raghib Siddiqui was in his junior year of studying neurosciences and English at SUNY Stony Brook University on Long Island, he looked for work that would nurture his twin interests of science and writing.

He came across an internship opportunity he describes as “an interesting confluence of the two.” His background in biology and his college writing samples helped get him hired.

Raghib Siddiqui is a first-year medical student at Upstate. (PHOTO BY SUSAN KEETER)

His job was to research and tell the complete story of cancer, from prehistory to the present, and make it easily understandable to the crew of a film production company. The crew was making the documentary “Cancer: The Emperor of All Maladies,” based on the Pulitzer Prize-winning book by Siddhartha Mukherjee, MD, PhD. The six-hour film premiered on PBS in 2015.

Siddiqui, 26, now a first-year medical student at Upstate, worked on the project for 15 to 20 hours a week in New York City, continuing for about a year after his 2012 graduation.

“We were trying to catalog the history of cancer from the earliest recorded history, from Hammurabi and ancient prehistory, trace it down through the advent of chemotherapy, surgical procedures to remove tumors, down to the present day -- a millennium of living with the disease,” he says. “My job was to look at trends in cancer all across the world, so we could break it down into key terms,” he says.

Siddiqui focused on the history of chemotherapy, which from its earliest days, about a century ago, competed with the long-established cancer treatment of surgery. “Eventually, chemotherapy proponents and surgeons worked together in a clear analogue of what we have today,” he explains.

Siddiqui got a master‘s degree in biomedical sciences from Tufts University before coming to Upstate. He says with his penchant for carpentry and building things, he is leaning toward a surgical career, probably in pediatrics.

Visit PBS.org to watch the documentary "Cancer: The Emperor of All Maladies." It's also available for purchase at shoppbs.org.

This article appears in the fall 2016 issue of Cancer Care magazine. 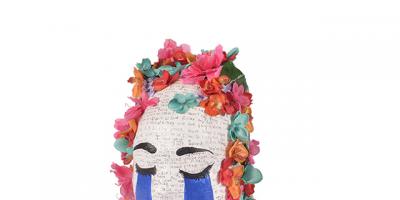