Upstate pathologist Rana Naous, MD, examines a spot in which a fine needle aspiration could be used to test a tumor in the neck for cancer. See the second story below for more on this procedure. (PHOTO BY WILLIAM MUELLER)

Most patients with head and neck cancer require the installation of a port, and many will also need a feeding tube.

“For the patient‘s convenience, placing both devices at the same time would be ideal,” says Katsuhiro Kobayashi, MD, an assistant professor of radiology at Upstate who was part of a study that examined whether doing both procedures at once was as safe as doing them several days apart.

Interventional radiologists commonly install these devices. Ports help reduce the number of times patients are stuck with needles for blood samples or medication injections. Feeding tubes are necessary for patients who can‘t take in enough food by mouth to stay healthy.

Kobayashi and Philip Skummer, a second-year medical student at Upstate, reviewed the medical records and imaging studies for 76 men and women treated for head and neck cancer at Upstate between January 2012 and June 2014.

The researchers wanted to know if infection rates were different for the 30 who had a port and a feeding tube installed in two separate sessions than for the 46 who had both devices installed in the same session.

Infections are an unfortunate risk of the procedure. The researchers concluded that having both devices installed in the same session did not significantly increase that risk.

A biopsy done through fine needle aspiration is reviewed while the patient waits. (PHOTO BY WILLIAM MUELLER)

Fine needle aspiration is a quick, highly accurate biopsy for  diagnosing lumps in the breast or thyroid areas or lymph nodes in the neck, groin or armpit. The minimally invasive procedure is most often used to test for cancer.

After numbing the skin with a spray, a staffer from Upstate‘s cytopathology laboratory pierces the lump with a needle – like the ones used for flu shots – then applies some suction and moves the needle inside the lump to dislodge some cells. Less than a minute later, the suction is released, the needle is withdrawn, and the cells are put on a slide and evaluated.

The patient usually waits a few minutes to see whether the cell sample is sufficient or needs to be repeated.

A pathology report to the patient‘s health care provider is usually ready within 24 hours. The test might be conducted in a clinic or at a hospital bedside, sometimes guided by medical imaging. Complications are infrequent, and discomfort is usually minimal.

This article appears in the fall 2016 issue of Cancer Care magazine. Hear a radio interview/podcast with Kamal Khurana, MD, medical director of cytopathology at Upstate, about fine needle aspiration as a less invasive option to surgical biopsy.
Published on Tuesday, November 29, 2016 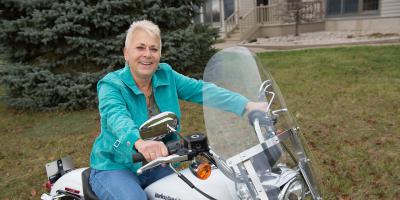 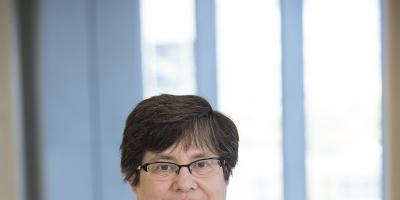