Caregivers and patients gathered at the Upstate Cancer Center Thursday, on the evening of the Great American Smokeout, for a candlelight vigil calling attention to lung cancer.

“Even though everybody‘s heard of it, a lot of people don‘t realize that lung cancer kills more women and men than the next four cancers combined,” said Leslie Kohman, MD, who has been caring for lung cancer patients at Upstate for more than three decades.

Luminaries decorated the front of the Upstate Cancer Center during the vigil.

She described the tobacco industry as “a gigantic worldwide industry trying to create victims” as she pointed out that 1.5 million people died because of lung cancer last year. That makes lung cancer the biggest cancer killer in the world. “That‘s a burden we just don‘t want to have going forward.”

Kohman, a surgeon, is the director of outreach at the cancer center. She told the audience that her patients over the years exhibited desperation, fear and anxiety, but also hope and inspiration. Then, family members and survivors spoke at the ceremony.

Darlene Barbato told of the eerie similarities between her diagnosis and that of her daughter, Amy.

Cathy Bonacci spoke about her sister, who died at age 43: “Optimism and courage were the things that defined who she was. Not the disease.”

And Glenn Wells, whose lung cancer was discovered when he underwent lung cancer screening, shared how he does not feel like a survivor because surgery treated his cancer. “I didn‘t go through the chemotherapy and the radiation, and the toll that that takes on your family and those around you.”

Onondaga County Health Commissioner Indu Gupta, MD, told the audience that prevention remains key. She explained that 40 percent of American adults smoked cigarettes in 1965, the year cigarettes were required to add a health precaution to their labels. Today, that percentage has dropped to about 17 percent nationally, and about 20 percent in Onondaga County.

Gupta encouraged those in attendance to help create a social norm that is smoke-free and to support smoke-free policies. Even though treatments available at the Upstate Cancer Center have improved survival, Gupta said, “our focus should be to try to prevent these preventable diseases.”

Rev. Terry Culbertson, director of Spiritual Care at Upstate, sang during the vigil and shared a poem: "Faith is the bird that feels the light and still sings when the dawn is dark." 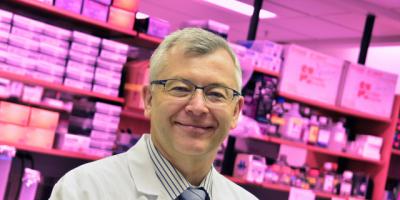 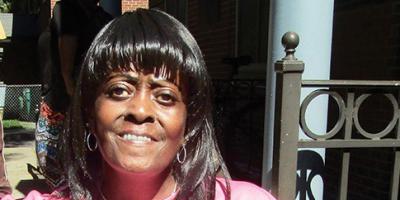 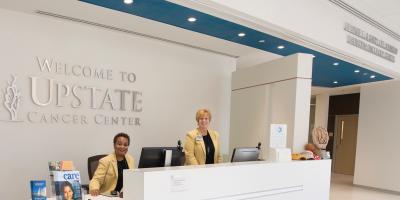 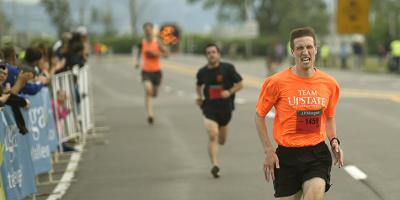