Most people can eat a snack or a meal without thinking about it beforehand or feeling sick afterward.

Not Rhonda Ferry, for whom eating usually means a liquid dietary supplement or a quarter cup of a low-fiber, low-fat food, like gelatin, taken very slowly. Nausea is likely to follow, and maybe vomiting and blood sugar problems as well.

Rhonda Ferry carrying the backpack that holds a nutrition pump attached to her feeding tube. (PHOTO BY ROBERT MESCAVAGE)

“It‘s just the simple things that you take for granted. You just don‘t realize until something like this happens how much food is involved with everything you do -- church picnics, whatever -- I skipped a picnic yesterday because I did not want to be tempted,” the 56-year-old Liverpool resident says.

Ferry suffers from gastroparesis, a disorder in which food does not move through her stomach as it should. In her case, longstanding Type 1 diabetes damaged her vagus nerve, disrupting motility, or the process of moving food through the digestive tract. The condition, which affects about 5 million Americans, mostly women, has other causes, too.

Food tends to sit in Ferry‘s stomach like a brick and can collect into a potentially dangerous food ball, or bezoar.

She had suffered from digestive problems before, including acid reflux, so she thought what started in January 2015 might be related. But it gradually got so unpleasant to eat that by October 2015 she had gone from about 130 pounds to about 93 pounds.

She went to see Divey Manocha, MD, a gastroenterologist at Upstate, which has a motility laboratory using manometers – tubes with pressure sensors -- to help diagnose gastroparesis as well as irritable bowel or chronic constipation.

Patients with gastroparesis can become so averse to eating that they can become dehydrated and malnourished as well as anxious and depressed, Manocha says.

Gastroparesis is treated with a multidisciplinary approach at Upstate, involving a nutritionist and primary care provider as well as the gastroenterologist. Treatment can involve medicines, botulinum injections to alleviate nausea and vomiting, and a feeding tube that bypasses the stomach to go directly into the small intestine.

Ferry had a feeding tube implanted in November 2015. Its attached pump, which can be carried in a small backpack, sends liquid nourishment over a 10-hour period to avoid malnutrition.

After eight months on the tube, she gained only 5 pounds, she was struggling to reach 100. Her nutritionist told her that if she can reach and maintain 115 pounds, she might be able to come off the feeding tube.

In the meantime, she has found support from her family as well as from a larger community on the Internet that discusses gastroparesis and its related issues, such as a petition H.R. 2311 petition for a proposed federal law to expand research of gastrointestinal motility disorders, or how some doctors dismiss the disorder because they are unfamiliar with it.

Ferry, who once loved to eat, has gotten used to a limited social life, to avoid food-laden occasions and people who don‘t understand her illness and keep urging her to eat.

“A good day would be no pain in the stomach and that I was able to eat something other than a liquid,” she says, adding that she has found some relief through her treatments.

This article appears in the fall 2016 issue of Upstate Health magazine. Click here for a radio interview/podcast with Ferry and Manocha about gastroparesis.
Written by Jim Howe
Published on Tuesday, October 11, 2016 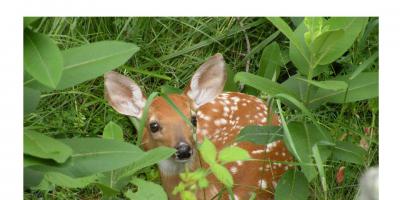 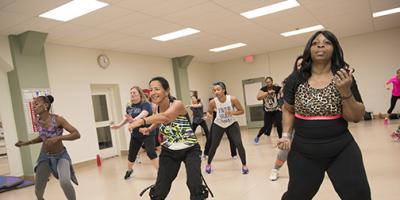 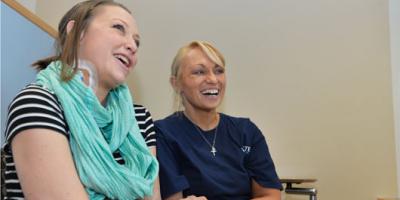 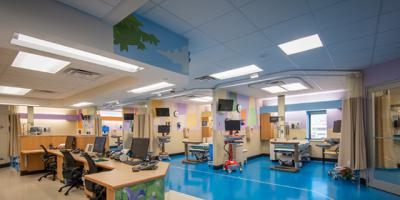