Although prostate cancer is the most common cancer diagnosed in men in the United States, the disease kills fewer than 3 percent of those diagnosed. It typically grows slowly, becoming deadly after it metastasizes, or spreads beyond the prostate.

If doctors could determine ahead of time which men harbor the most aggressive cancers, they could provide more focused interventions – and potentially save lives.

One clue is whether a man carries the BRCA mutation, better known as the breast cancer gene, which increases a woman‘s risk of breast and ovarian cancers. Men who have that BRCA mutation are four times as likely to develop a prostate cancer that is aggressive and lethal, according to urology experts from Upstate.

Assistant professor Srinivas Vourganti, MD, presented research in May at the annual meeting of the American Urological Association showing that men with the BRCA mutation were much more likely to be diagnosed with a prostate cancer that had already spread or was considered more advanced.

In addition, about 40 percent of the men with the BRCA gene were diagnosed with late-stage prostate cancer, compared with 11 percent of the general population.

“They are very much at high risk of cancer, and we should be tailoring their screening to be more aggressive,” Vourganti says.

Gleicher is now a urology resident at Upstate. She, Vourganti and colleagues published a paper on the subject in the journal The Prostate.

The BRCA genes produce proteins that repair damaged DNA, which could otherwise cause cancer. Previously, mutations of this gene were thought to be involved in as few as 5 percent of prostate cancers. The Upstate research, along with two other studies presented at the conference in May, calls that into question.

One study showed that black prostate cancer patients were more than three times as likely as white patients to have a BRCA mutation – which may help explain why prostate cancer is more aggressive and more deadly in black men.

The other study focused on men who survived breast cancer, showing that they are at a 30 percent increased risk for developing prostate cancer.

Brian Helfand, MD, a urologic oncologist at NorthShore University HealthCare System in Chicago, says men with a personal or family history of breast cancer should be screened for the BRCA mutation.

“We need to recognize this as a risk factor and start screening those men more aggressively,” he told a HealthDay reporter. “BRCA is a tool we can start using to distinguish who is going to benefit from earlier treatment and more aggressive type treatments.”

Harmful mutations in the BRCA1 and BRCA2 genes increase the risk of several cancers, including breast, ovarian, fallopian tube, peritoneal, prostate and pancreatic cancer, according to the National Cancer Institute.

This article appears in the summer 2016 issue of Cancer Care magazine. Hear a radio interview/podcast with Vourganti on the BRCA mutation and its relationship to prostate cancer. 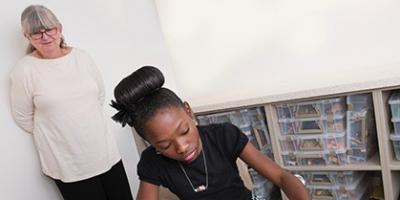 Window to an ill youngster's world: Therapy with miniatures and sand goes beyond child's play

Have you seen the summer issue of Cancer Care magazine? 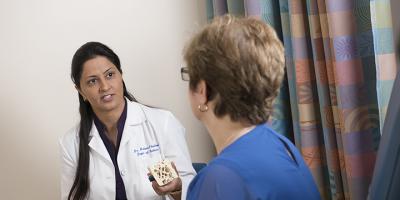 Breast cancer treatment affects bone mass, but you can protect your bone health