Kristen Hyer, who works in orthopedic surgery at Upstate, likes the fun, supportive and uncrowded atmosphere of ultramarathons.

Mondays and Fridays are rest days for Kristen Hyer, except during softball season, when she has games.

Tuesdays, Wednesdays and Thursdays are her short runs, when she logs from four to 15 miles each day.

Hyer, 32, of North Syracuse is an athletic trainer who works in orthopedic surgery at Upstate. She runs so much because she‘s training for ultramarathons – races of various distances beyond the 26.2 miles of a marathon.

“I prefer the longer-distance races because they are slower, and there are not as many people. Marathons tend to be real crowded,” Hyer says.

She grew up in the Southern Tier and was a recreational runner since eighth grade. In college she played intramural soccer. She ran a couple of half marathons. Her first marathon was the Marine Corps Marathon in 2006 in Washington, D.C., followed by the Lake Placid Marathon in 2010.

In 2011, she tackled her first ultra, the Fingerlakes Fifties, a trail race in Hector that lets participants run 50 miles or 50 kilometers, about 31 miles. She finished the 50K in just over six hours. Three years later, she completed the 50-mile race in just over 9¼ hours.

Her longest distance has been 100 miles, which she first completed in 2014 in 22 hours, 13 seconds in the Yellowstone-Teton Endurance Runs in Montana and Idaho. She ran another 100 miles in January, this time in fewer than 21 hours at the winter Beast of Burden race in Lockport.

Sometimes Hyer listens to music while she runs. Sometimes she chats with other runners. Sometimes friends accompany her as pacers.

“What‘s nice about ultramarathons is, unless you are an elite runner, you stop and walk when you get tired,” she says.

Hyer isn‘t sure where her stamina comes from. “I think I just have the ability to zone out,” she says. “I just go.”

The runners she has met at ultramarathons are of all shapes and sizes, and most are not focused on speed. Instead, the main goal is simply to finish.

Hyer‘s reward is chocolate milk. After races, she says, “I like to drink my chocolate milk, eat a little something and take a nap.” 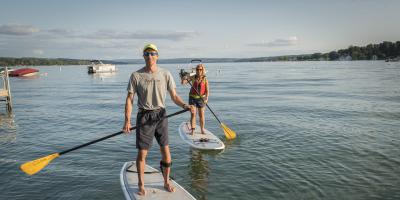 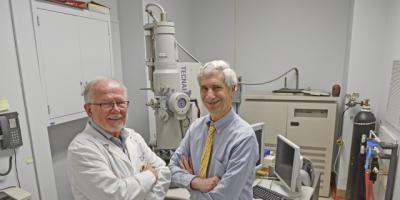 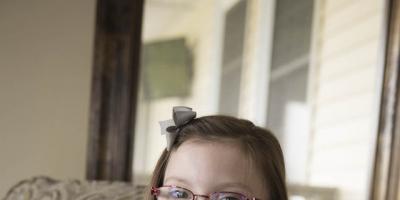