As a 13-year old boy, Colin LaReaux enjoyed sports, video games and movies. However, after feeling tired and finding a lump that did not respond to antibiotics, testing determined that LaReaux had Hodgkin disease. His parents researched the best health care institutions for treatment and found Irene Cherrick, MD, at Upstate University Hospital.

Every weekend from Friday through Sunday, for four months, LaReaux came to Upstate for chemotherapy, followed by two months of radiation. “I would watch a lot of movies, was given SU basketball tickets and utilized anything the hospital had available for entertainment while I was in treatment. During the week, it was back to school and playing soccer. I was bald and weaker than normal, but I was lucky that I could do much of what I always did,” he says.

At age 20, LaReaux was deemed cancer free; he was only required to get yearly blood work.

Since his diagnosis, LaReaux has graduated from high school, college and law school. On a wintery day in 2014, he decided he wanted to do something to give back for the care he received and for the good health he now enjoys.

“It was 20 degrees outside with several feet of snow on the ground, and I started to think about what I could do to give back in a positive way,” LaReaux explains. “I emailed my high school friend Brooke Hoffman, who is a fellow Hodgkin disease survivor. She was diagnosed in college and told me that my journey helped her get through treatment.”

Hoffman had been cancer free for 10 years and she, too, was grateful for the care and compassion from her Upstate doctors. Hoffman emailed him back 20 minutes later, replying, “When do we start, and what do we do?”

While they both come from large families who were willing to help them raise money, most of their fundraising has been a grassroots social media effort.

“First, we sold T-shirts and held a couple of fundraisers at the CrossFit gym I belong to, but we wanted to grow,” LaReaux says. “I met a group who hold local events with the purpose to make the world 10 percent better every day. We connected and started to hold random meet-ups which were advertised on social media.”

LaReaux and Hoffman call their group “315K” which represents their telephone area code, as well as “15K” standing for the Utica Boilermaker, a race in which they participate. “We hold events, primarily at the Celtic Harp in Utica because owner Tom Powers has been amazing to our group. He contributes financially to our fundraising, by providing a venue. Our biggest event so far has been our second annual ‘Half-way to St. Patrick‘s Day‘ fundraiser, in which we quadrupled what we raised the past year.”

There are many ways to make donations to the Upstate Cancer Center and the Upstate Golisano Children's Hospital. For details, contact the Upstate Foundation at 315-464-4416.

This article appears in the spring 2016 issue of Cancer Care magazine
Published on Monday, June 6, 2016 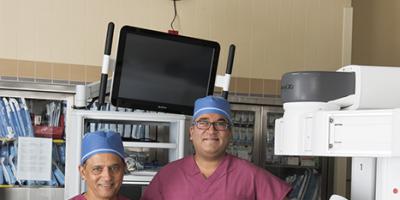 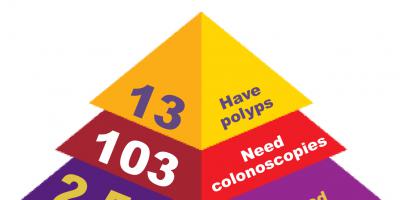 Hands-on relief: Reiki can prompt relaxation along the road to recovery

Can she outsmart a gene? Young scientist strives to influence prostate cancer cells