Experts from Upstate who saw the Will Smith film “Concussion” praised its accuracy, from the behavior of the characters to the under-the-microscope images of brain tissue.

Robert Corona, DO, is a neuropathologist, the specialty that studies tissue of the nervous system.

Robert Corona, DO, chair of pathology and director of neuropathology at Upstate Medical University, was impressed with Omalu‘s courage to follow the neuropathological science and stick with an inconvenient truth. He says the movie “took me by surprise that it was so emotional. I never would have anticipated it could have moved me so much.”

The movie tells the story surrounding research Omalu published in July 2005 in the journal Neurosurgery when he was working in the department of pathology at the University of Pittsburgh. His paper is titled “Chronic Traumatic Encephalopathy in a National Football League player.”

Since the movie was released, CTE has been in the news.

Former New York Giants safety Tyler Sash, who died from an accidental overdose of pain medication in September at the age of 27, was found to have advanced CTE in January.

Ann McKee, MD, told The New York Times that the severity of the CTE in Sash‘s brain was about the same as the level found in the brain of the former NFL star Junior Seau, who committed suicide in 2012 at age 43. McKee, chief of neuropathology at the Veterans Affairs Boston Healthcare System and a professor of neurology and pathology at the Boston University School of Medicine, did the examination of Sash‘s brain.

McKee also examined the brain of former Oakland Raiders quarterback Ken “the Snake” Stabler, who died of colon cancer in July at the age of 69. Stabler was elected to the Pro Football Hall of Fame in February, days after it was announced that his brain contained widespread lesions that “were quite severe, affecting many regions of the brain,” McKee told The New York Times.

CTE is not a new diagnosis. Almost a century ago, articles in medical journals described similar symptoms in old boxers, labeling the condition “punch drunk syndrome.” Later research has found the phenomenon in war veterans, as well.

Mainstream media picked up on the significance of CTE after The New York Times article in January 2007 about the suicide of defensive back Andre Waters. Omalu told the newspaper that brain trauma “is the significant contributory factor” to Waters‘ brain damage, “no matter how you look at it, distort it, bend it. It‘s the significant forensic factor.”

Lawrence Chin, MD, is a neurosurgeon, who diagnoses and surgically treats disorders of the central and peripheral nervous systems.

On autopsy, brains affected by CTE have a loss of nerve cells, called neurons, and an accumulation of the protein tau, which is a hallmark of Alzheimer‘s disease. However, there is a distinct pattern of the tau deposits seen with CTE. Scientists don‘t know how early the damage begins, and they don‘t know what makes a brain vulnerable. Without a way to detect CTE in living people, its prevalence remains unknown.

Earlier this year, Omalu told ABC News that former Buffalo Bills running back O.J. Simpson more likely than not suffers from CTE. He says Simpson exhibits telltale behavioral symptoms of CTE which include explosive, impulsive behavior, impaired judgment, criminality and mood disorders. Simpson is serving time for an armed robbery that occurred 13 years after he was acquitted of the 1994 murders of his wife and her friend.

Omalu points out that Simpson‘s brain was exposed to blunt force trauma thousands of times on football fields during his college and professional career.

Still, experts cannot agree on how much of a risk football presents.

Parents who see “Concussion” may wonder if there is a safe way to play the game.

Brian Rieger, PhD, is a psychologist devoted to concussion management and rehabilitation.

"The risk is not the same for everyone,” says Brian Rieger, PhD, director of the Upstate Concussion Center, “because there are people who have whole careers in football and who don‘t have serious problems like this. The problem is that we don‘t yet have a way to identify who is more or less at risk.”

The high school athletes with the highest rate of concussion are football players and female soccer players – but the reasons are not fully understood. Further, the relationship between concussion and CTE is not clear.

“One of the points in the movie that is subtle is that we don‘t really know what it is that causes CTE,” says Lawrence Chin, MD, the chair of neurosurgery at Upstate. “In fact, a lot of people think that it‘s not necessarily concussions but what they call subconcussive blows or the bumping of heads on a repeated basis, but not enough to cause concussion.”

Claudine Ward, MD, is a physical medicine and rehabilitation doctor who focuses on recovery from neurological illnesses and injuries.

He and Corona, the pathologist, published a paper together about CTE in April 2013 in the journal Neurological Research. They made the point that a method is needed to assess CTE in patients prior to death.

Chin says the movie does a good job of illustrating the symptoms of CTE, including depression and anger. “It‘s dramatized, of course, but the decline of these patients, it‘s very sudden and precipitous.”

Claudine Ward, MD, an assistant professor of physical medicine and rehabilitation, appreciates that the filmmakers showed how Omalu‘s stance changed over time. Initially emphatic that no one should play football, with the influence of his wife, Omalu softened, now expressing the opinion that players should be made aware of the potential hazard.

What it is: mild traumatic brain injury caused by a blow or jolt to the head that jostles the brain, regardless of a loss of consciousness

What it does: disrupts the brain‘s functioning, creating neurochemical changes and microscopic structural injury

Diagnosis: based on patient‘s history; blood tests and imaging scans are not useful unless more extensive injury is suspected

Treatment: physical and mental rest is usually all that is needed, with most people recovering within a week or two; in cases of prolonged recovery, referral to a specialized clinic is recommended

What it is: neurodegenerative brain disease that has been seen in football players and boxers with a history of repeated blows to the head, which may include concussions

What it does: depletes brain tissue and leads to accumulation of an abnormal protein called tau

Symptoms: early in the disease process, symptoms can be similar to those of concussion, but as the disease progresses, a decline in mental activity and ability to interact with others, depression, anger, memory loss and impaired judgment occur. Tremors can develop in severe cases

Diagnosis: after death, during autopsy of brain tissue

Treatment: symptoms such as depression or anxiety can be treated, but no cure exists for CTE

This article appears in the spring 2016 issue of Upstate Health magazine.
Published on Wednesday, March 30, 2016 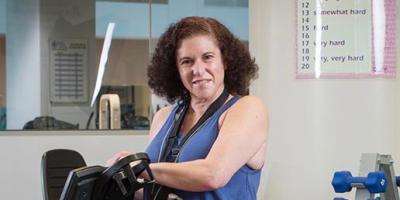 Heart of a warrior: She cherishes each moment after surviving a medical emergency 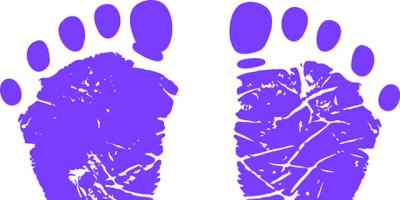 How to train doctors who will care for the underserved