Upstate's Black History Month opening ceremony is being held at 11:30 a.m. today (Wednesday, Feb. 3) at the Campus Activities Building. The event includes music, poetry, prayers, awards, a soul food-with-a-healthy-twist lunch and a speech by Upstate's new president, Danielle Laraque-Arena, MD.  Medical students are performing a dramatic reading of "Lift Every Voice and Sing," the Black National Anthem, which was written 115 years ago by poet James Weldon Johnson. Awards from the Faculty and Staff Association for Diversity are being given to Sharon Contreras, PhD,  and Susan Keeter, MFA.

Keynote speaker Danielle Laraque-Arena, MD, FAAP, became the seventh president of Upstate Medical University on Jan. 14. She comes to Syracuse from Brooklyn, where she served as chair of the Department of Pediatrics at Maimonides Medical Center and vice president of Maimonides Infants and Children‘s Hospital. Laraque-Arena is a pediatrician who was born in Port-au-Prince, Haiti. She was 7 when her family fled and settled in Queens. By the age of 12, she decided she wanted to use a career in medicine and research to help others. “My parents were an incredible influence on my life,” says Laraque-Arena. “That mission to serve the poor — not in a charity way, but in a way that people have the right to health care, and live OK and send their kids to school — that‘s a message I got from the very beginning.”

Sharon L. Contreras, PhD, superintendent of the Syracuse City School District, is receiving the community leader award for her efforts to provide high quality education to all children. Contreras began her career as a high school English teacher in Rockford, Ill., then went on to serve as a principal, area superintendent and assistant superintendent. Throughout her tenure, she worked to implement a federal court order to desegregate the Rockford Public Schools. In 2011, Contreras became superintendent of the Syracuse City School District. She is the first female superintendent of the school district, and the first woman of color to serve as superintendent of one of New York State‘s Big Five districts (New York City, Buffalo, Rochester, Syracuse, Yonkers). Under Contreras‘ leadership, the school district has significantly enhanced its academic programming for students. She has spearheaded initiatives to address not only students‘ educational needs, but their health and social-emotional needs as well. She has worked to expand the Promise Zone program to every elementary, K-8 and middle school, and to provide critical supports and resources to students with emotional or behavioral challenges. Contreras serves on many boards. She has degrees from SUNY Binghamton and the University of Wisconsin-Madison and is a 2010 graduate of The Broad Academy, an advanced development program for education leaders.

Susan Keeter, MFA, assistant director for creative services, Marketing & University Communications, is receiving the Upstate employee award for promoting the goals and accomplishments of the African American community. Keeter has promoted Upstate‘s first African-American graduate, Sarah Loguen, MD, 1876, by painting her portrait, writing her biography, and proposing a building-naming. Keeter helped establish Upstate‘s CSTEP program, the Synergy internships and marrow drives to benefit African-American patients. As part of her marketing/ communications work, Keeter designs displays and writes articles for Upstate, often focusing on people of color and issues of multiculturalism. Her support of the award-winning Healthy Neighbors collaboration with Syracuse Housing resulted in the book, “Our Community, Our Health.”

As part of Upstate‘s outreach, Keeter volunteers with 100 Black Men, the Duck Race Against Racism, and Mary Nelson‘s Back To School Barbecue/Backpack Giveaway.

Keeter is the illustrator of children‘s books which feature African Americans, including “Phillis Sings Out Freedom,” “An Apple for Harriet Tubman,” “Tippy Lemmy,” “The Piano,” "Harry's House," and “Honey Baby, Sugar Child,” which was a finalist in the NAACP Image Awards. Keeter is a guest artist at libraries, festivals and schools, including doing multiple presentations in Auburn on the 100th anniversary of the passing of Harriet Tubman.

Chef Blue (Will Lewis) is catering the soul food luncheon which is free and open to the public. Photo by Susan Keeter. 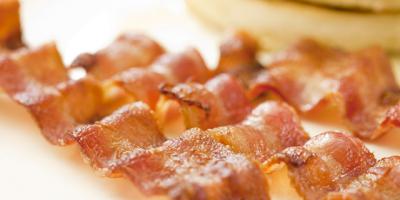 How many risks will you take? Processed meats increase your chance of colorectal cancer

Measuring, treating a patient's distress is part of shift in attitudes