Here’s how your brain can help improve Alzheimer’s diagnoses

The world‘s largest Alzheimer‘s research project is the brainchild of a neuroimaging professor at the University of California, San Francisco who graduated from Upstate in 1965.

Michael Weiner, MD, hopes to monitor millions of people online in a long-term study to find out who is at risk for Alzheimer‘s disease. He is principle investigator for the Alzheimer‘s Disease Neuroimaging Initiative, which launched a website in April 2014.

The Brain Health Registry site encourages people to take free brain function tests twice a year. More than 22,000 subjects enrolled in its first year. Data collected is meant to help scientists track cognitive function over time and to match volunteers with clinical trials and research studies for which they may qualify.

The goal is to optimize biomarkers, which includes magnetic resonance imaging, positron emission tomography, blood tests and other kinds of tests, which can be used to measure the effectiveness of treatments for Alzheimer‘s disease.

“When you do a clinical study with a new treatment to see if it helps people, you need to identify the people who are at risk for the disease,” Weiner explained. “You don‘t want to treat people who don‘t have Alzheimer‘s disease. You only want to treat people who really have the Alzheimer‘s process going on in their brain -- and you can‘t detect that just by talking to somebody. You need to do a scan or some kind of a test to detect the presence of the pathology in the brain.

“What we‘re doing is trying out a number of different methods that measure the presence of Alzheimer‘s disease in the brain to determine if these methods predict who is going to decline, have problems with their memory and ultimately go into dementia. Because it‘s those people, who are at risk to decline, whom you want to treat.”

Hear Weiner's radio interview about his brain imaging project. This article appears in the fall 2015 issue of Upstate Health magazine. 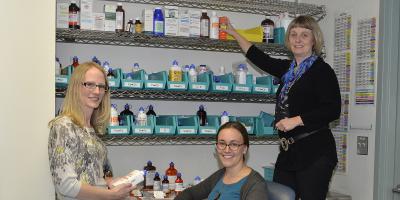 How to safely keep - and dispose of - medications in your home 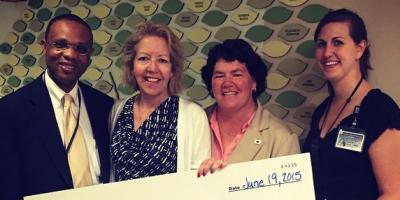