James A. and Juli G. Boeheim

Upstate Medical University presented 16 awards at its fall convocation Sept. 16. The President‘s Award for Distinguished  Service was given to James A. and Juli G. Boeheim. Below is their biography, as it appears in the convocation program.

Jim and Juli Boeheim‘s support of Upstate Medical University through the Upstate Foundation spans 20 years and includes many initiatives, such as the capital campaigns for the Upstate Cancer Center and Upstate Golisano Children‘s Hospital, Friend In Deed annual fund and Radiothon for Kids. In addition, Mr. Boeheim has been brightening the spirits of countless sick and injured pediatric patients for three decades when he and his basketball players visit the hospital, sign autographs and have their pictures taken with the kids.

Most recently, Mr. Boeheim served as honorary co-chair of the $17.1 million capital campaign to build the Upstate Cancer Center. In that capacity, he and Mrs. Boeheim made a pacesetter gift, naming the “Boeheim Stairway of Hope” in the Cancer Center. They participated in a beam-signing ceremony to create community awareness of the campaign as the final beam was placed on the construction site. And Mr. Boeheim donated his time in the creation of dozens of commercials and public service announcements promoting the campaign.

Mrs. Boeheim is a member of the Upstate Foundation‘s board of directors, a position she has held since 2002. She recently participated in the kick-off of a new undertaking for Upstate University Hospital called the Women‘s Health Network, featuring programs and services especially for women. She also was co-chair of Friend in Deed, the annual fund for Upstate University Hospital that provides a source of funding for unmet needs of patients and families.

Mr. and Mrs. Boeheim supported the $21.5 million campaign for the Upstate Golisano Children‘s Hospital in a leadership capacity, contributing a major gift and fulfilling a naming opportunity in that facility as well. Along with their family foundation, the Jim & Juli Boeheim Foundation, the Boeheims generously provide resources for pediatric cancer research conducted at Upstate by Timothy Damron, MD, an internationally renowned musculoskeletal cancer research scientist and clinician.
Written by Susan Keeter
Published on Sunday, October 18, 2015

'Diabetes: Across the Lifespan' forum set for Nov. 4 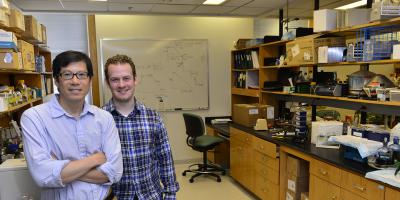 Will zinc be an element of future cancer treatment? 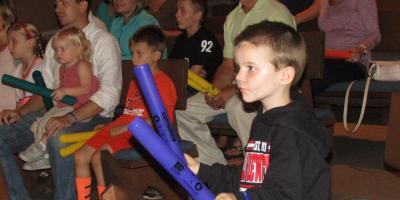 Making music helps kids with autism connect with others