Meet the doctors who help stroke patients get their lives back

Someone suffering symptoms of a stroke is surrounded by caregivers in the emergency department.

The focus is on lifesaving — determining whether the person has had a stroke and limiting its damage. This effort involves almost all of the caregivers. All but one.

Brain injury medicine specialist Bernadette Dunn, MD, sees many of her patients in the neurological intensive care unit at Upstate University Hospital, a key feature of what is Central New York's first and only comprehensive stroke center. The neurological ICU offers three levels of care for stroke patients, staffed by nurses with specialized training and credentials.

Bernadette Dunn, MD, is certified in brain injury medicine, a relatively new subspecialty recognized by the American Board of Medical Specialties. From the moment a stroke patient is stabilized, it‘s her job to zero in on that person‘s recovery.

The patient is transferred to a specialized neurological care unit on the ninth floor of Upstate University Hospital, and that's where he or she first meets with Dunn or one of her colleagues.

Once test results show the spot in the brain that is affected by the bleed or the clot, then Dunn can provide a good idea of the stroke patient's prognosis. She can project what types of therapy the patient will need and for how long. As she monitors their recovery, she can predict any lasting problems.

“There are a plethora of changes that you can see following brain injury,” said Claudine Ward, MD, who also specializes in brain injury medicine at Upstate. “These we hope go away but a lot of times are persistent.” She noted that patients may have neurobehavioral changes, mood disorders or agitation, or they may experience changes with their endocrine systems.

Having a doctor who recognizes issues and knows the best treatments to recommend can positively influence a patient‘s outcome after a brain injury, Ward said.

Spotting the clues to recovery

Dunn sees patients in their own hospital rooms at Upstate. Her visits concentrate on actions that may seem minor but have huge significance. One patient, three days after a stroke, can pinch her fingers together but has trouble uttering more than one word. Another, nearly a month after a stroke, locks eyes with Dunn but struggles to lift her arm or speak.

Each movement, or lack thereof, is a clue to the location and severity of the patient‘s stroke and his or her recovery potential. Dunn uses the information to help predict how soon patients may need to begin intensive rehabilitation, what sorts of physical therapy they need now, and every other aspect of their care. Brain injury medicine specialists lead a multidisciplinary team that may include surgeons, psychologists, nurses and a variety of therapists. They care for patients with a variety of brain injuries, not just strokes.

HOW TO HELP A LOVED ONE WHO SUFFERS A STROKE

“Everybody‘s brain is different, and everyone has a different reaction to that injury, depending upon the area of the brain that is injured,” Dunn explained.

For a stroke patient, the injury is a clot or bleed in the brain. “We can see two people who have a similar injury, one who has significant deficits in terms of thinking processes and ability to function in daily life, and the other who had what would be considered a larger injury and fewer deficits. It really just depends on the area of the brain that is impacted.”

One woman who had a stroke on a Sunday was not able to move her left arm the next day. But by Tuesday, she lifted it up and down. And when Dunn asked her to pinch her fingers together, she did. Often after a stroke, patients may retain movements that occur closest to the center of their bodies, such as flexing a knee or elbow. Movements that occur further from the core, involving the fingers or toes, may prove more difficult.

The woman's husband of 55 years was at the side of her bed, and one of her grandsons stood at the foot. The woman tried to explain to Dunn how she had walked earlier with a therapist‘s help.

Dunn moved to the end of the bed. “Can you bend this foot up yet?” The woman did, and then arched her toe. “Oh I liked that, too,” Dunn said. The woman had acquired a lot of motor skills in just three days, and Dunn wanted to build on her success. She would arrange to get her into intensive rehabilitative therapy as soon as possible. "We want to take you to rehab,” Dunn told the woman.

The second patient she checked was a woman who had a hemorrhagic stroke a month before. The woman‘s recovery was slow going, as expected, given the location and severity of her stroke. The woman smiled. Warm, sparkly eyes followed Dunn, engaged more than was usual. Dunn tapped her knee, checking her reflexes. The doctor raised the woman‘s leg, asking her to hold it up. She couldn‘t. The leg dropped.

Still, Dunn thought it may be time to transfer her to a long-term rehabilitation facility. “She‘s actually very alert and bright, and that‘s good.” The woman would need a shunt to help drain the fluid from her brain, a common complication after a bleeding injury in the brain, so Dunn considered whether to recommend surgery before or after the move. She also had to make sure the woman had the ability to swallow because nutrition was crucial during rehabilitation.

A patient's ability to move and feel sensation in the toes and fingers can help predict his or her recovery from stroke; that is one of the things brain injury medicine specialist Bernadette Dunn, MD, checks as she makes rounds.

Another important issue during rehabilitation is bowel and bladder management, an area of rehabilitative nursing specialization. Dunn said many of the therapists and nurses work with patients in various stages of recovery from stroke, both in the neurological intensive care unit as well as the rehabilitation unit.

Some stroke patients with mild deficits may go home after they are discharged from the neurological care unit. They may attend outpatient rehabilitation for physical, occupational and/or speech therapy. They may also make appointments with a rehabilitative psychologist for help adjusting.

Some stroke patients are recommended for inpatient rehabilitation. Upstate University Hospital has 50 beds dedicated to rehabilitation; 30 at its downtown campus and 20 at its community campus.

In selecting which stroke patients should remain hospitalized during rehabilitation, Dunn said she considers their medical complexities, the severity of their stroke and whether they can tolerate and benefit from six therapy sessions per day. It varies, but a typical course of inpatient rehabilitation is two weeks.

During the last part of their hospital stay, someone recovering from a stroke is surrounded by a set of caregivers, different than those who cared for him or her in the emergency department.

The nurses, therapists, dietitians and doctors who concentrate on recovery are focused on helping patients get on with their lives. #

You can listen to an interview with Dunn and Ward about the subspecialty of brain injury medicine, which aired on WRVO Public Media in April.  In addition, Dunn provided information about how to help a loved one who has suffered a stroke.
Published on Tuesday, August 11, 2015

Soothe your sunburn with ketchup and aspirin, dermatologist advises 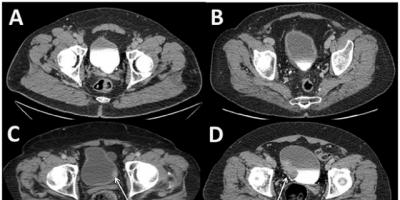 When to be concerned about bladder cancer 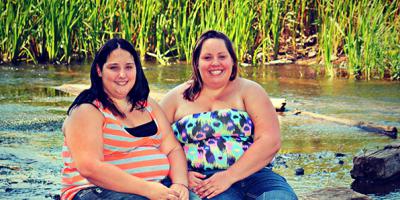 Family supports one another through weight loss surgery