The average person might not look forward to returning bottles and cans for the nickel deposit. But Laurence Segal, of DeWitt, has made that task part of a personal crusade to fight breast cancer.

Laurence Segal shows receipts from the bottles and cans he has redeemed to help cancer research. (PHOTO BY SUSAN KAHN)

Aided at various times by his friends, family and girlfriend, as well as by people at Destiny USA, RealtyUSA, the New York State Fair, the Syracuse Chiefs and Wegmans, Segal redeemed 100,000 bottles and cans, enabling him to write a check in January for $5,000 to the Carol M. Baldwin Breast Cancer Research Fund of CNY.

Wouldn‘t it be easier for him just to ask for cash donations?

Segal, 37, is on his way to collecting his next 100,000 returnables, so he can write another check to the Baldwin fund, which sends all the money it raises locally to support research at Upstate Medical University.

Cancer is highly personal for Segal, whose mother, grandmother and great aunt, as well as his girlfriend‘s mother, were all affected by breast cancer, as was a former male co-worker. In addition, a close friend, who often helped him on his collections, is currently battling a highly aggressive form of leukemia. Segal wants people to get screened for cancer and for research to be funded.

Beth Baldwin, executive director of the fund that bears her mother‘s name, praised Segal for the way he honors the cancer struggles of his mother. Laurie Segal, 60, was ostracized in 1987 when she had what was considered a radical operation, removing both breasts because of her increased risk of developing breast cancer.

Segal‘s family and friends have gotten used to helping him fill his car with bags of bottles and cans and heading to Wegmans to return them. And he has gotten good at working a return machine with each hand simultaneously.

“I‘m just one volunteer. I always tell people: Give a penny. Give a nickel. Give a dime. Just do it.  Five cents is huge,” Segal said.

This article appears in the summer 2015 issue of Cancer Care magazine. 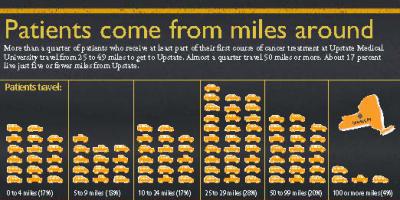 What to expect at your first visit 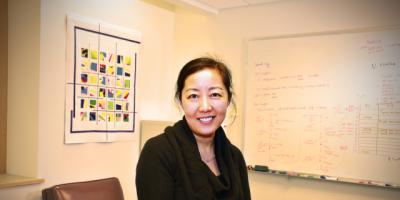 Tribute to an inspirational woman serves others with breast cancer