When you set out to design a cancer center, “there is a level of hopefulness that you want to communicate,” says architect Saul Jabbawy. “Where does hope come from? Hope comes from being in a great medical facility. A cutting-edge modern look reassures people of the level of care they‘re going to receive.”

At the same time, you want a calm environment that will help people feel relaxed.

That was the challenge for Jabbawy and the design team. He is the director of design for EwingCole, the architectural and engineering design firm for the construction of the Upstate Cancer Center.

“You never really get away from the fact that you‘re struggling with cancer, but you want an environment that creates a level of visual stimulation that allows people to escape,” he says.

The gleaming blue glass-fronted building connects to Upstate University Hospital, sharing the circular drive entrance and a canopy-covered drop-off area. It consolidates outpatient cancer services for adults and children under one roof -- and overlooking a four-season healing garden.

One of the first construction tasks was creating concrete bunkers up to 5 feet thick to house the sophisticated linear accelerators used in radiation oncology. While an integral piece of a modern cancer center, the equipment can be intimidating. So Jabbawy was mindful to create distractions.

A nature theme carries throughout the Cancer Center, and vibrant colors are juxtaposed against a white background in many hallways. Where possible, medical necessities are downplayed. For instance, “in infusion, we tucked all the sinks away so when you walk into the corridor the first thing you see is not a sink.”

The first thing you see is the garden, planted with foliage that will provide interest all four seasons. The infusion area is divided into an area for adults, and an area with zones for teens and children. The building contains rooms for medical exams and genetic, financial and other counseling services, plus a family resource center.

A grand staircase in the front of the lobby is meant to promote physical activity, although elevators are nearby.

Surrounding the outside of the building are narrow vertical windows against subtle horizontal lines, a feature that was deliberated for months, says Upstate‘s Marius Dumitran, the senior project manager for the Cancer Center.

“If you look at that façade, it‘s almost like musical notes in abstract,” he explains.

Let your mind conjure a song about hope.


Learn about the public preview


Learn about cancer care at Upstate


Listen to a radio program about the Upstate Cancer Center 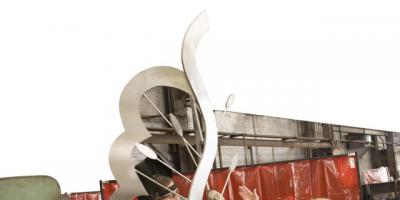 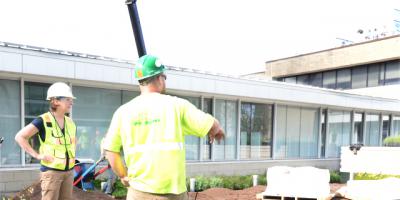 Growing a 4-season healing garden for the cancer center

What it takes to write a children's book 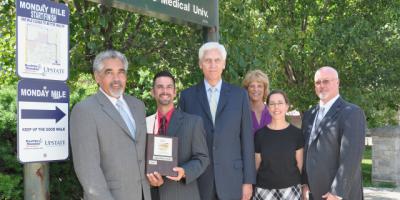