Cigarettes were prominently displayed at the gift shop of the former Community-General Hospital, circa 1970. Pictured are hospital volunteers Peg Roth and Jayne Hayes. From the Health Sciences Library, Upstate Medical University.

In 1964, close to half of adults in the United States smoked. Televisions blared cigarette commercials  and newspapers were filled with ads that claimed cigarettes “refresh while you smoke” and tobacco‘s “good taste never quits.”

Today, it‘s hard to imagine that people ever smoked in hospitals. But Cindy Cary and Linda Veit, both of whom have worked at Upstate for 28 years, remember when social norms were very different, and second-hand smoke was rampant.

“There were ash trays at nurses‘ stations. Patient rooms were smoking and non-smoking,” explains Cary, who was a respiratory therapist and is now director of Upstate‘s smoking cessation program.

“Researchers were in the lab studying the effects of smoke inhalation. Down the hall, secretaries were smoking cigarettes,” describes Veit, who was a lab technician and is now special projects manager for the Upstate Cancer Center. “Most people knew smoking shouldn‘t happen in a hospital, but they still did it.”

Today, Cary and Veit are dedicating their careers to tackling lung cancer and tobacco use. Cary runs free smoking cessation classes, year-round, at multiple locations through Upstate‘s HealthLink program. Veit administers a lung cancer screening program as part of her work for the Upstate Cancer Center. 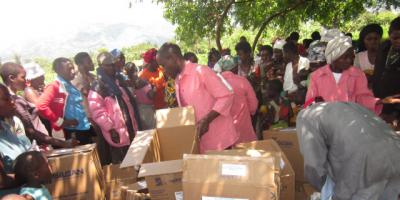