Why I love shooting pool

Like many billiards enthusiasts, Christopher Sanders, 47, has no pool table in his home, preferring instead to frequent a pool hall. His favorite is Premium Billiards, 228 Chapel Dr., Syracuse, which sponsors him. During the day Sanders is a technician in Upstate's clinical neurophysiology department. His wife, Elsie Sanders is a nursing supervisor.

We had a table when I was growing up probably 40 years ago. I hit the balls around there and just kept playing.

Anybody can play in this league. It‘s not just for the best. Every person on the team is just as important. We want the beginners. In 9-ball, it‘s a maximum of 23, and you have five players that play. If I‘m a 9, the other four players have to total no more than 14 all together. Everything is computerized, as far as your skill level. When you get a new player, they automatically, for the first few weeks, come in as a 4.

It‘s just fun. We have great people of all ages. We‘ve got people in their 70s, to their early 20s.

I am a captain on my 8-ball and 9-ball teams. I help the lower-skilled players. I try to make it fun for them, not to get too intimidating. I‘ll go in and have practice sessions with them. I‘ll show them the basics of how to stand. I show them how to stroke the ball three times, every time.

If you don‘t start out on the right foot in pool, you can pick up a few bad habits, like keeping your arm in and keeping your dominant eye over the stick.

It‘s not a bar. It‘s a nice place near Camillus (228 Chapel Drive, Syracuse) with all new tables and felt. They sponsor me.

You bring your own sticks. You usually have one to break with and one to shoot with. Your breaking stick is usually a stiff shaft, and it‘s a lot heavier so you can break the balls harder. The other one, some of them have very flexible shafts to where you can get a deflection on the balls better.

I play Mondays and Wednesday nights. I take off Tuesdays and Thursdays, maybe Fridays. League is on Sunday, and on Saturday I go in to play with friends who aren‘t in the league.

Here in Central New York, we have a really big pro tournament twice a year at Turning Stone Resort & Casino. There will be 126 players, and 100 of them are professional. They bring in tables from California, 16 tables that are brand new. These are world-class players that come and play. That is really good to go and watch. You can learn to improve your game by watching.

The league I‘m playing in is a world-class league. What they do is take the best 8-ball team, the best 9-ball team, the best doubles and have tournaments. Then the national and international tournament is in Las Vegas. Usually they have 10,000 people out there playing. In the master‘s division — that‘s the best of the best — there were 272 teams, and we placed 16th. There was only three of us on the team. We played teams from Japan, Canada and the United States.

My wife‘s mother passed away at the age of 39. She had a massive heart attack. I‘ve been a team captain for the American Heart Association‘s Heart Walk for 10 years. My master‘s team this time, we are donating $2 for every point we score — plus we have a backer who will double that — to the heart association.

The most you can score is 21 points per match. There are 14 teams. We‘ll play each team probably twice. We play two games every three weeks. It starts Nov. 24 and goes to the first week of May. 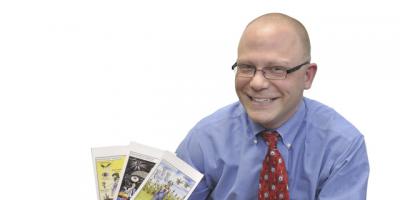 Doc puts toxicology in a box for medical education

Why breakfast matters so much

Are you still dragging from the time change?