Merely thinking this thought let alone saying it in a magazine surely dooms me to a crushing bout of flu, bronchitis or some other nasty seasonal ailment, but here goes:  I don‘t get sick as often or as severely as I once did since I started exercising regularly outdoors in any kind of weather that does not contain the phrase “polar vortex.”

It wasn‘t always that way. For years I was primarily a gym guy, and even now I have not abandoned my local “Y”. But I‘ve relegated indoor workouts to Plan B status because my overall health and mood seem better when I do my huffing and puffing outdoors.

Is there science behind it?

One study showed that compared with exercising indoors, exercising in natural environments was associated with greater feelings of revitalization, increased energy and positive engagement, together with decreases in tension, confusion, anger and depression. Participants also reported greater enjoyment and satisfaction with outdoor activity and stated that they were more likely to repeat the activity at a later date.

There‘s also evidence that larger cyclists -- that be me -- enjoy greater benefit in the field versus the gym because they work harder due to increased wind drag.

On a personal note, I like to think of myself as a giant health parachute overriding my bicycle‘s efficient design, which could explain why I‘m never invited on team rides.

More evidence of the mental aspects of exercising outdoors: Research published in the online journal PLoS One found that participants who immersed themselves in a natural setting for four days showed a 50 percent improvement in focus and problem-solving skills.

What‘s missing so far is hard data that outdoor exercise improves physical health more than indoor exercise, but all the evidence I need is getting coughed on by a tubercular ectomorph in a LiveStrong T-shirt using the treadmill next to mine. Also, let‘s consider Teddy Roosevelt. A scrawny, sickly child who worked out for years on an outdoor gym installed by his father at the family‘s brownstone, and turned himself into, well, Teddy Roosevelt.  How many more studies do we need?

Up until a few years ago I saw an internist at least once a winter.  I might not be the first person to get hit by whatever bug was going around, but that was all part of the conspiracy. The viral agents were honing their technique on smaller, weaker people in preparation for taking me down.  By they time they got to me I didn‘t stand a chance. A Monday cough would turn into bronchitis by  Friday. Pneumonia came calling, too. Bllccch.

No more. In a desperate bid to torch mega-calories -- not with the intent of getting sick less often -- I took up cycling with a zeal bordering on obsessive. The habit continued through the summer and into a mild fall. A virtually snowless winter followed, allowing me to bundle up and keep riding. When the snow finally did come I was ready with a chunky-treaded “Fat Bike.”

I haven‘t been at this long enough to claim victory over anything, but one minor cold and a sore throat in three years is remarkable by my standards and a trend line I‘d like to continue. To that end I just purchased studded bike tires -- who knew? --  that even work on black ice.

That brings me to a major side benefit of any kind of outdoor winter activity: The gear.

Had the Donner Party had access to wicking base layers, compression neoprene shirts, Windstopper shells and rechargeable halogens that can light up a subdivision, not only would all the members of the pioneering party have made it to California, they would have pushed north to Alaska for the heck of it, singing drinking songs as they went.

See, the secret we cold-weather exercisers share is that thanks to the gear we‘re not really that cold.  A bigger risk than frostbite is getting bitten by a big credit card bill, the result of over-rewarding yourself for your hardy, intrepid nature. But don‘t sweat it. It‘s better than spending the money on antibiotics.

Jeff Kramer, a columnist for the Syracuse New Times, writes The Humorist for Upstate Health magazine.
Published on Monday, March 3, 2014 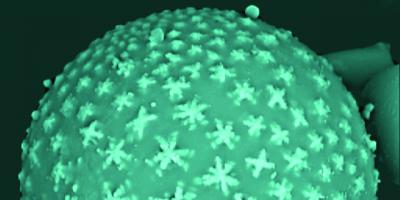 Particle database featured in 'Science is Art is Science' 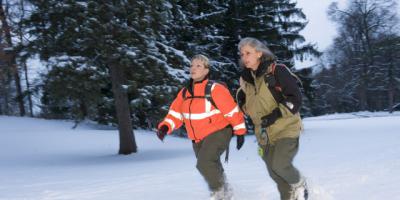 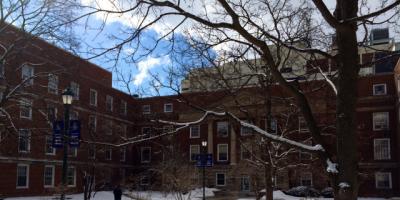 Winter is more than a season at Upstate