Jeffery Barkley of Phoenix with one of his physicians, Srinivas Vourganti, MD.

Imagine having a blood test to measure the proteins produced by your prostate gland.  The level suggests prostate cancer. Yet, when you have some cells removed in a biopsy,  the results show no cancer.

Gennady Bratslavsky, MD and his colleague Srinivas Vourganti, MD worked on early versions of the UroNav system when they were at the National Institutes of Health. Bratslavsky (above) chairs Upstate's Department of Urology.

This is what happened to Jeffery Barkley, 59, of Phoenix -- five times. Only this month did he learn the truth, thanks to new technology available at Upstate that helps physicians pinpoint even the most insidious of cancers. The UroNav fusion biopsy system revealed the cancer that was hiding in Barkley's prostate. "It was definitely a cancer that any urologist would treat and not want to miss," says urologist Srinivas Vourganti, MD, an assistant professor at Upstate who specializes in urologic oncology.

With a family history of prostate cancer, Barkley intended to be vigilant. Even after his first biopsy in 2005, he says, "I just had a gut feeling that I knew something was there." He and his urologist monitored his prostate specific antigen (PSA) levels, which continued to be high. Each of the four subsequent biopsies was negative. Then Barkley's urologist sent him to Vourganti for a UroNav biopsy.

Until now, prostate biopsies using ultrasound would guide surgeons to areas where cancers tend to form. If the cancer was in another part of the prostate, it would not show up in the biopsy. UroNav can pinpoint areas where the blood supply is abnormal, for instance, something that would be suspicious of cancer. Barkley underwent magnetic resonance imaging. Then those images from the MRI were fused with ultrasound-guided images so that Vourganti could see precisely where within the prostate the cancer might be growing.

Listen to a radio interview about this new technology

Upstate acquired the Philips UroNav Fusion Biopsy System in October, becoming the only provider in Central New York and one of a few sites in the country to offer this breakthrough technology. Bratslavsky says UroNav is a major breakthrough in the fight against prostate cancer and an important addition at Upstate.
“UroNav incorporates precise knowledge of the needle location within the prostate, and using a technology similar to GPS navigation it directs the biopsy needle to the heart of the suspicious lesion,” says Gennady Bratslavsky, MD, professor and chair of Upstate's Department of Urology.
“Compared with the traditional biopsy technique that uses random prostate sampling, the new technology helps to avoid missing hard-to-find and often aggressive prostate cancer, and potentially helps give greater certainty as to the extent and aggressiveness of the disease, as well as allowing patients to avoid unnecessary repeat prostate biopsies, “Bratslavsky says.

He and Vourganti assisted in the development and testing of this new technology,  working closely with Invivo, a subsidiary of Philips Healthcare, while they were working at the National Institutes of Health. As soon as UroNav was available commercially, Bratslavsky wanted to make it available to Central New Yorkers. Upstate began using UroNav in November.

Barkley was one of the earliest patients -- and is grateful for the peace of mind. "Now I have an answer," he says. "My next step is to meet with a radiologist and continue to discuss my options with Dr. Vourganti." 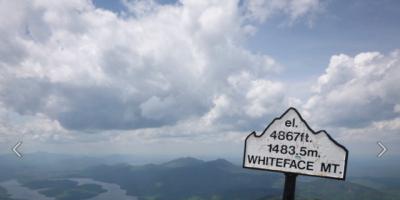 This cystic fibrosis fundraiser will have you hiking Whiteface Mountain 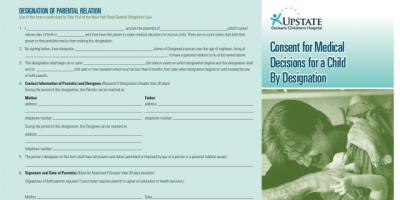 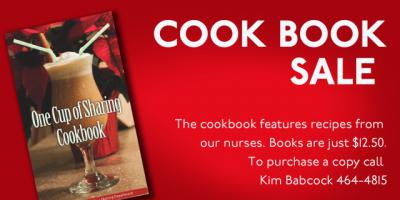