Dr. David Halleran in his office at Colon Rectal Associates of Central New York. Halleran is the incoming president of the Onondaga County Medical Society. Photo by Bob Mescavage.

David Halleran, MD, faced a decision similar to the one Angelina Jolie made earlier this year. The actress had a double mastectomy because of a genetic predisposition to breast cancer. The doctor elected to have his pancreas removed due to a strong family history of pancreatic cancer, one of the most deadly cancers. The difference was that Halleran knew he already had advanced pre-cancer in his pancreas before it was taken out.

“The reality is, you are not doing this on a lark. The other option, to do nothing, is much worse,” says Halleran, a colorectal surgeon in his 30th year of practice. Halleran, 62, had surgery eight years ago, in July 2005.

The Halleran patriarch had been a solo internal medicine doctor, practicing in New York City. Some of his patients told him he didn‘t look well. He kept working until his skin and eyes turned yellow. The sudden jaundice sent him to the hospital, where he underwent surgery and died.

Halleran – the middle child of five – was in his second year of medical school.

“I like to think he knew he was sick,” he says of his father, “although there is a lot of self denial when it comes to your own health.”

The older brother, Leo Baker Halleran, Jr., had the tail of his pancreas removed during an operation in Boston. He died less and a year afterward, in 1999, a few weeks after the family celebrated his 50th birthday.

The incidence of pancreatic cancer has been slowly increasing over the past 10 years, and survival rates remain grim.

“It‘s a very unforgiving cancer, as far as mortality,” Halleran says. This year more than 45,000 Americans are expected to be diagnosed with cancer of the pancreas, and more than 38,000 Americans will die from the disease, according to the American Cancer Society.

Pancreatic cancer is so deadly because most people don‘t find out they have it until it has spread. Symptoms can mimic those of an ulcer, stomach flu or indigestion. The position of the pancreas deep in the belly makes it difficult for tumors to be felt or seen. Even reaching the pancreas for a biopsy of its tissue can be complicated.

Halleran believed that the pancreatic cancer that killed his father and brother was somehow related to their smoking—even though he knew up to 10 percent of cases were caused by inherited DNA changes. He maintained that he was in good health.

It was his younger brother, Michael Halleran, PhD – an academic of Greek and Roman classics who now is provost for the College of William & Mary -- who began researching. He taught at the University of Washington in Seattle at the time, and one of the physician scientists there happened to be studying familial pancreatic cancer. To be involved in Dr. Teresa Brentnall‘s study, a person had to have at least two close relatives who had pancreatic cancer. So Michael Halleran enrolled.

Brentnall is conducting surveillance of families with hereditary pancreatic cancer, hoping it will lead to creation of a simple way to screen for the disease.

“A blood test is probably several more years off,” she says. Its creation has been tricky because when chronic inflammation or another disease affects the pancreas, blood that is tested for cancer can give a false positive. Doctors would not want to give a patient such a dire prognosis and subject him or her to more extensive testing if the person did not have cancer. “This is why it has been such a struggle.”

As for a genetic test, Brentnall says research is underway to determine which genes may predispose a person to pancreatic cancer. She and other scientists are looking at proteins in the blood, which perhaps could be used as a biomarker the way Prostate-Specific Antigen is used to detect prostate cancer.

Progress is slow because of a lack of research money. “Pancreatic cancer is highly lethal. It is increasing in the population. Yet, there‘s very little funding to study this disease,” Brentnall says. “The researchers in the field have been heroic in trying to get this work done. It has been a real uphill struggle.”

The Halleran family has made its contribution to science.

Michael Halleran underwent an endoscopic ultrasound so Brentnall could get a good image of his pancreas. What was revealed was troubling. Additional images were taken using an endoscope containing a camera that was threaded into the duodenum, the part of his intestines that sat against the pancreas. A contrast dye was introduced, to help show abnormalities in the ducts, where cancer forms. Brentnall again did not like what she saw.

To make diagnosis of pancreatic pre-cancer, a piece of tissue has to be examined under a microscope. So, Halleran underwent a laparoscopic biopsy, in which the tail of the pancreas was removed for further study by pathologists. The laboratory reported severe pre-cancer throughout all of the tissue. He was developing pancreatic cancer.

The pancreas has two main functions. It provides enzymes to the intestines so that food can be digested, and it controls blood sugar levels. This means that people who have complete removal of the pancreas would have to take pancreatic enzyme pills with their food and would be diabetic, requiring insulin to control blood sugar. Halleran understood this, and given his family history, he decided to have the rest of his pancreas removed before the pre-cancer could become cancer.

The surgery took place in 2003 and made an impression on David Halleran in Central New York: His brother had been healthy and in no pain. Yet, his pancreas was found to be in a severe pre-cancerous state.

Halleran made an appointment for a computerized tomography scan in Syracuse. He looked at the technician‘s screen. He saw a bump on his pancreas. “This is not good,” the surgeon fretted to himself.

The bump turned out to be a benign abnormality, but the experience got Halleran‘s attention. He decided to travel to Seattle for an evaluation similar to what his brother had done.

Halleran‘s surveillance imaging exams were abnormal, like his brother‘s, so he too underwent a laparoscopic removal of the pancreatic tail. His operation did not go as smoothly. Halleran wound up hospitalized for 13 days. He returned to Syracuse wearing drains from the surgical site. He was out of work for three months, recovering. When the pathology report arrived, he barely paid attention.

Meanwhile, he watched his brother thrive. Michael Halleran took a new job, moved his family across country, and stayed active. Of course without a pancreas, he was enzyme deficient and diabetic. But, life was going well.

More than a year after the biopsy, Halleran set about making a big decision he would not be able to reverse. He dug out the pathology report, which said his pancreas had “varying levels of dysplasia with some high grade dysplasia,” the scientific word for pre-cancer. He worried whether he was already too late.

Since his brother was no longer living in Seattle, Halleran sought the surgeon who had operated on his older brother, in Boston.

Halleran refers to July 12, 2005 as his “pancreas independence day.” His surgery lasted 10 hours. One of Brentnall‘s colleagues was there to collect part of his pancreas, to transport back to Seattle for further study. Halleran was hospitalized for a week before heading back home to Jamesville. As he settled into his new life of continual insulin and enzyme injections, he was full of gratitude. His pancreas contained no cancer cells.

“I feel like I dodged a bullet,” he says. “The cancer has been, basically, prevented.”

He was back to taking care of his colorectal patients two months after his surgery.

He is concerned about two sisters, one of whom is beginning to explore her risks. And he‘s concerned about his four grown children. Will a blood or genetic test be created in time to help them?

“In all honesty, I feel lucky. It took my father and my older brother dying to bring this to light for us.”

Eight years out, he still wonders: If his pancreas had not been removed, would he be battling cancer? How long did he have before the cancer cells formed? It could have been a year later. Or two. There is no telling. He is glad he had the operation when he did.  “I think later, it would have been too late.”

The pancreas is behind the stomach.

Scientific advances in recent years mean that crucial functions of the pancreas can take place even if the gland is removed to treat a variety of malignant or benign diseases of the pancreas.

Without a pancreas, a person must receive injections of insulin and digestive enzyme replacements. Insulin replacement can be accomplished through a pump, but food and activity level have to be carefully tracked to ensure the correct dosages.

Removing part of the pancreas is an option for people with pancreatic cancer if the cancer has not spread outside the gland.

Most cancers of the pancreas arise in the exocrine cells, or those in the outer part of the gland, which are responsible for making digestive enzymes. Actor Patrick Swayze was 57 when he died from this type of cancer in 2009.

More rare is cancer that arises from the neuroendocrine cells in the pancreas. Some of these arise from the inner cells called the islets of Langerhans that make hormones to secrete into the blood. The hormones, insulin and glucagon, help the body maintain a proper level of sugar in the blood. Others arise from similar cells but don't secrete a hormone. This type of pancreatic cancer, which grows more slowly, is what killed Apple co-founder Steve Jobs in 2011 at the age of 56. 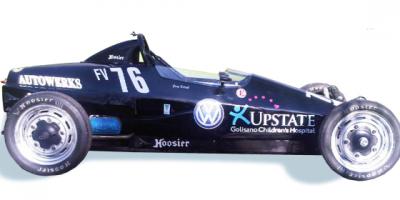 Leisure time: A drive for racing 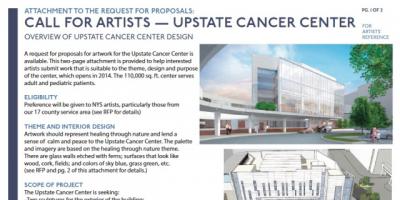 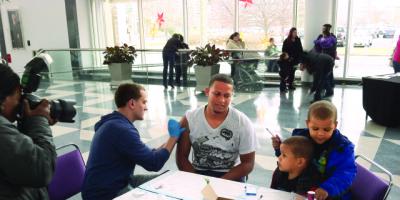 Distributing the gift of good health