“When you grow up with soccer (known outside of the United States as futbol), you get to understand the game better, and you appreciate the finesse of it much better than if you don‘t play the sport in your childhood.

“I grew up in the Czech Republic, so I didn‘t grow up with baseball, so I don‘t have that much appreciation for the finesse of baseball. I don‘t have an appreciation for American football at all. Yet, it‘s clearly a very demanding game, and clearly there has to be some finesse in it, but I don‘t see it. I don‘t see the chemistry in the teams. That‘s why it‘s not interesting to me.”

“I‘m on a team. We play every Sunday in a league at Sport Center 481 (in East Syracuse) for age 35 and older. It usually starts in early October, late September and goes into April. I‘ve been playing in that the last five or six years.

“And, every Thursday evening, I play with the residents and the attending physicians at Barry Park. Dr. (Gennady) Bratslavsky, the chairman of urology, is an excellent soccer player. He‘s got really good feet.”

“I consider myself a striker, (a forward who is expected to score goals.) But as I age I‘m getting slower and slower, so I will probably pull myself to the defensive line, mainly.”

3. Soccer fits into an athletic life.

“I run. I swim. I lift weights. I ski downhill and cross country. I bike a lot, probably every other day or so.

“In the remote past, I used to be a very good tennis player. I almost turned professional when I was 16. The coach of (Czechoslovakian Wimbledon tennis star, Hana Mandilkova) came up to my parents and said ‘I‘m going to make him superstar, if you move to Prague and he devotes all his time to tennis and forgets about school and everything else.‘ And my parents were against it. That was the breaking point of my tennis career. I did want (to go) but I was a good boy and listened to my parents.”

Does he have regrets? “Looking back, I think I had exceptional discipline. As a parent, watching the kids around, it‘s very rare to see somebody who is committed. If you read about Bjorn Borg, one of the best players of all time, his story was very similar. But he, in contrast to myself, said ‘Screw you parents. I will still do it. I am going to move at age 14 or 15 by myself, and I‘m going to just bet on this one card.‘ Maybe that‘s what you need, and what I didn‘t have, to reach the pinnacle of sports. Maybe, in retrospect, I see myself as more talented than I was -- but, I was a champion of the Czech Republic when I was 12 and 13, so I did have something in my hands to substantiate the claim.

“I kept playing tennis for fun, but less and less and less. I wasn‘t used to losing, and I started losing with less training.”

4. Soccer from the sidelines is also enjoyable.

“It‘s fun to watch Brazil and Spain and Germany. I usually become a fan of the team that plays the nicest soccer. I do like the US and, of course, I was born in the Czech Republic, so I do follow their results.”

Does he play more or watch more soccer? “It‘s probably 50/50. I do watch mostly my kids, because that‘s much more fun than anything else.” He has 16- and 10-year-old boys, both of whom have the speed and agility necessary to play midfield.

“I met her playing soccer (in the Czech Republic.) She was on the opposing team.” They both attended medical school at Charles University in Pilsen and completed residencies and fellowships at the State University of New York at Buffalo and at Upstate. Dr. Sylva Bem, MD is an assistant professor of pathology at Upstate.
Published on Thursday, November 21, 2013 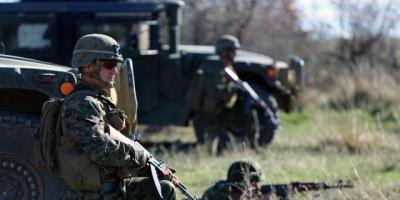