Faculty and student researchers from Upstate and Binghamton University have found a way to reduce readmission rates, for which hospitals are financially penalized. They turn to social workers to help people who have recently been discharged remain healthy in their own homes.

About 100 patients were part of a two-year study that looked at social worker intervention. Half of the participants received home visits in which a social work intern checked to see how they were faring. Did they have appropriate food for their diet? Was their oxygen being delivered properly? Was their sidewalk cleared of snow? Were they having side effects from their prescription medication?

“It‘s not a very time intensive intervention,” says Laura Bronstein, interim dean and professor of Binghamton‘s Department of Social Work. “Most of the these home visits were between half an hour and 45 minutes, with maybe two follow-up phone calls.”

She says this approach was effective in reducing readmissions by more than half.

Dr. Shawn Berkowitz, MD, director of geriatrics at United Health Services and a clinical professor at Upstate says the savings can be substantial: “A social worker can create savings equal to his own salary and benefits just by preventing seven readmissions a year – and the patient‘s quality of life is improved significantly in the process.”

Listen to a HealthLink on Air interview on this subject. 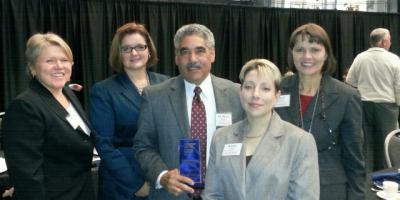 Consortium for Culture and Medicine elective courses open to the public